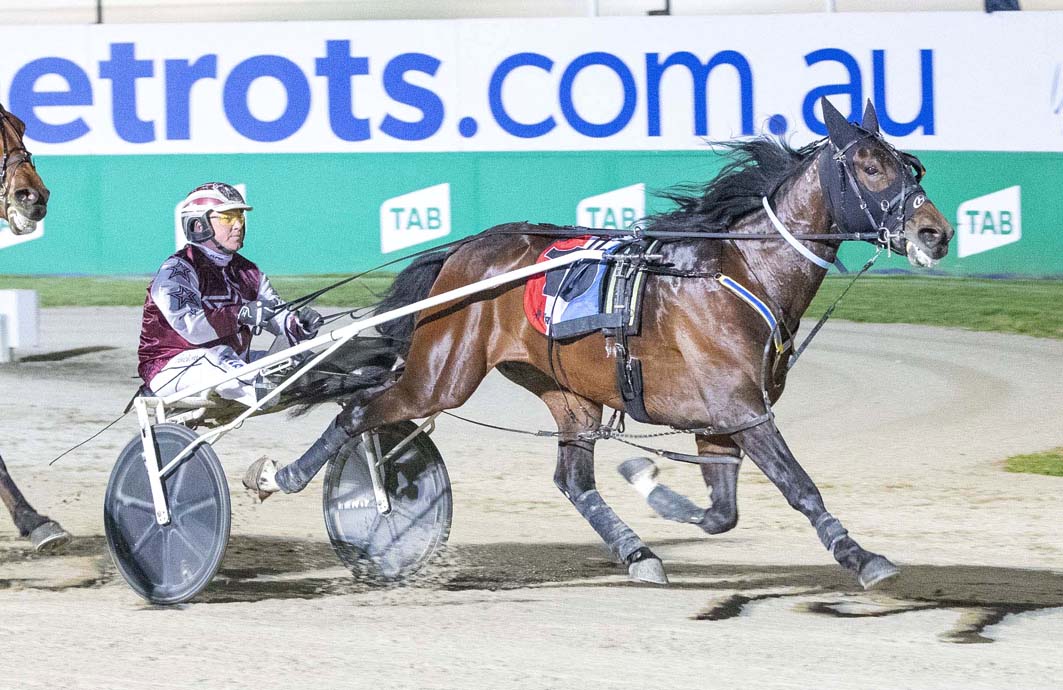 Pleased with the colt’s performance, Butt has set his sights on the Victoria Trotters’ Derby heats in Maryborough in a fortnight.

Should all go according to plan Elite Stride will then compete in the Final at the same venue a week later.

“I’m really happy with his run tonight,” Butt said. “He got a little stirred up because of the false start, but settle well once they got going.

“It’s been a few months between starts so he will be better for the run and improve next time around, which will be it the Derby heats.”

With Butt in the cart, Elite Stride was settled towards the tail of the field from his second row draw as Red White An Bloom led from barrier two.

Angled three-wide along the back straight, the son of Muscle Hill quickly dashed to the lead on his way to a three-metre win from the front runner.

Cracker Jack was an eye-catching third, albeit seven metres away.

“He won’t race again before the heats,” Butt said. “We’ll just keep him ticking along on the training track.”

Rating 1:56.6 over 1720-metres, the three-year-old stretched his winning streak to eight for a record of nine wins and a second from 10 starts.

“He is a pretty special horse and has a massive future ahead of him all going well,” Butt said.

“There is so much to like about him and what he could be in 12 months time is anyone’s guess.

“He’s got the complete arsenal to go all the way.”