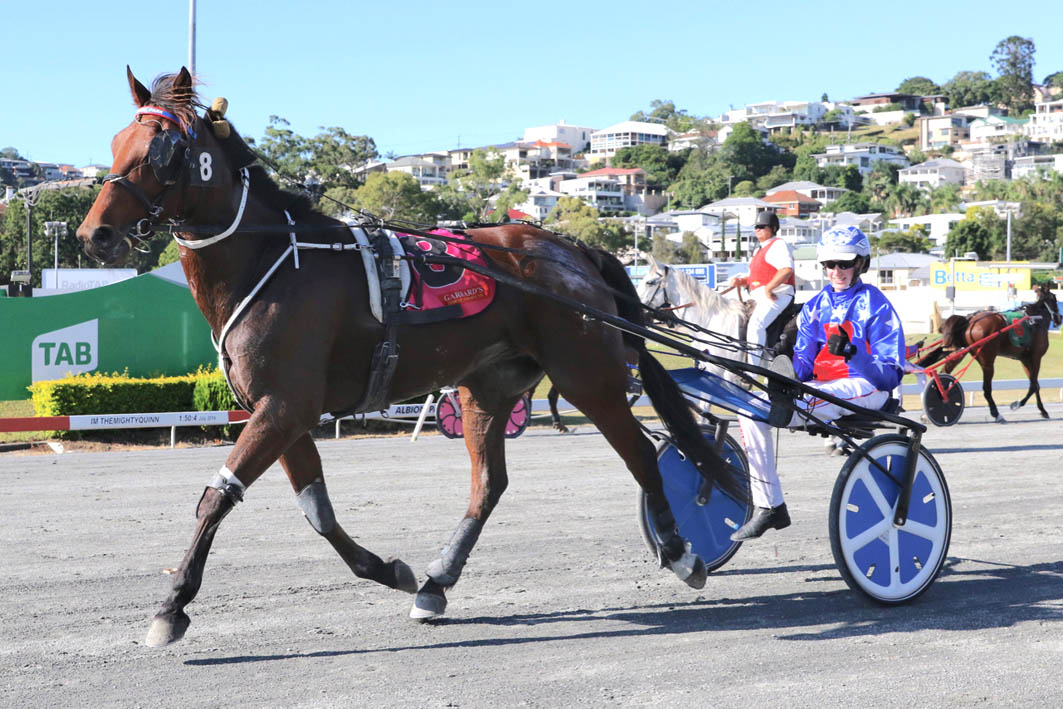 THREE days after his track record performance, Sir Fahrenheit is expected to have little trouble continuing his winning way when he returns to Albion...

THREE days after his track record performance, Sir Fahrenheit is expected to have little trouble continuing his winning way when he returns to Albion Park tonight.

Having his second start for astute trainer Donny Smith, Sir Fahrenheit overcame a 20-metre handicap to rate 1:59.8 for the 2647-metre stand.

Successful at his last two outings before leaving the Shaky Isles, Sir Fahrenheit was a handy third upon his Queensland debut.

“When he turned up he was in real good nick,” Smith said. “There wasn’t a mark on him.

“I just kept ticking him over and he has kept improving.

“I figured the long 2647-metre trip would suit him but he ran above expectations.

“Although he is backing up just a few days later, he should be better again tonight.”

To be driven by concession reinsman Angus Garrard, Sir Fahrenheit has drawn wide in barrier six.

Due to a pair of scratching the son of Pegasus Spur moves into gate four.

TAB Fixed Odds has the trotter as a $1.45 favourite, with Patsdelight considered the main danger at $2.50 from barrier two.

“From the draw he will poke forward in search of the front,” Smith said. “I’m confident he will be pretty hard to beat.

“Patsdelight is first-up from a long break but would be the one to watch.”