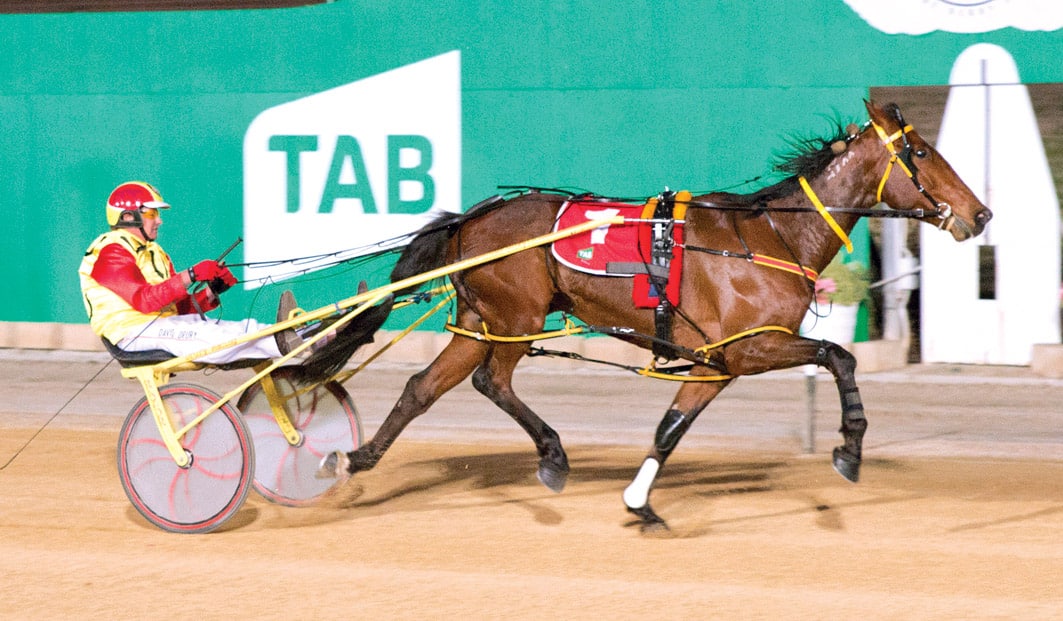 Father and son battle on the cards

A FRIENDLY two-round battle between father and son is on the cards. Beginning with today’s Hamilton meeting, the duel will continue at Mount Gambier...

A FRIENDLY two-round battle between father and son is on the cards.

Beginning with today’s Hamilton meeting, the duel will continue at Mount Gambier on Saturday night.

Making the trip across the border, William and David Drury will clash in the final event in Hamilton.

William will be represented by Machbrad, while David has Jaccka Ted and Hughie Junior in the 2160-metre encounter.

Machbrad has fared best in barrier five, with David’s pair to come from seven and eight.

The trio are in top form, with seven wins and five placings from their last 13 collective starts.

Fast forward to the weekend and Machbrad will once again ‘fly the flag’ for William at his local track.

“He has done a fantastic job,” David said. “I couldn’t be more impressed with him.

“He’s come through his trip to Melton in perfect order and is ready to go again.”

To be driven by David, Plutonium has drawn awkwardly in barrier six – the outside of the front row.

Yet again Machbrad has the early advantage from gate three.

“The draw isn’t the best on such a tight track,” David said. “There is no point going back at the start from there so we’ll be pushing forward looking for the lead or the ‘death’.

“Dad has Machbrad has going well, and depending on how he gets through today, he’s the one to beat on Saturday night.”

With no major plans in mind for Plutonium David will look for suitable options at Globe Derby in the New Year.

“I’ll probably give him a quiet Christmas as it is pretty busy at work,” David said. “After that I will see what I can find for him at Globe Derby.”

Confident of feature race success
Come and see the ‘Teal’ thing
Is this a record waiting to happen?
Aiming to join select group of pacers
About author