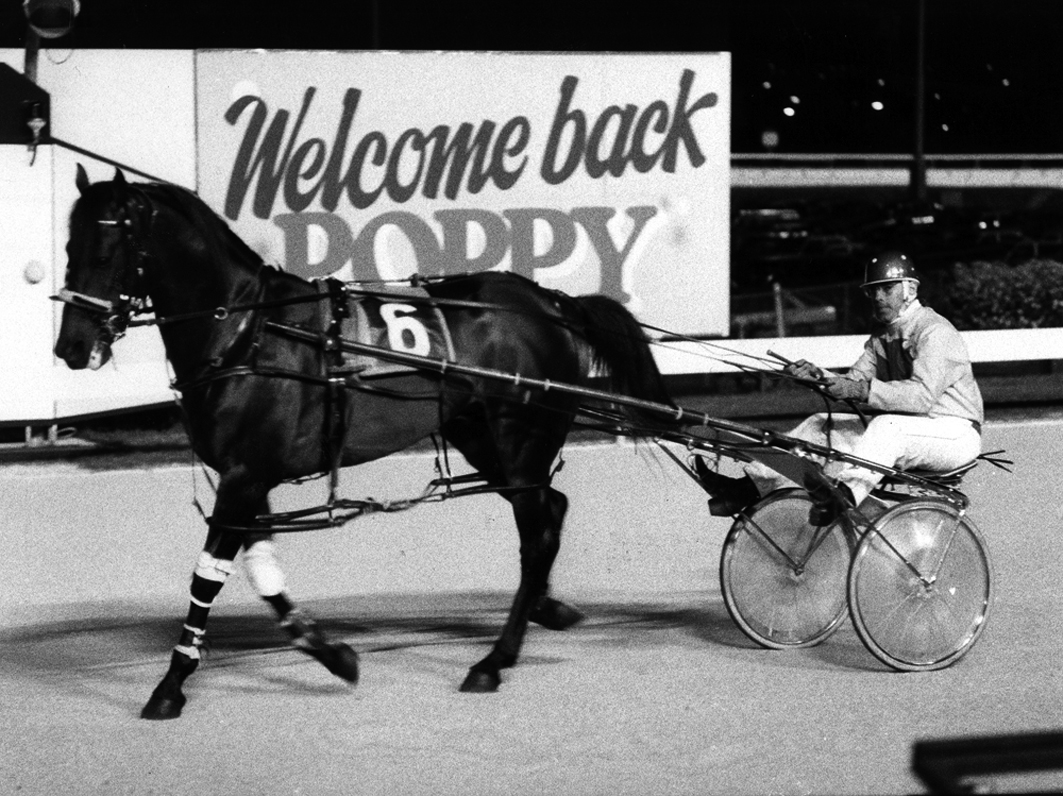 Almost four decades after his retirement, Popular Alm is widely-regarded as the best pacer produced in the southern hemisphere.

Blessed with an abundance of speed and stamina, Poppy, as he was affectionately-known, won from distances ranging between a mile and 3300 metres.

One of Popular Alm’s victories which proved his toughness is the 1983 Miracle Mile when he sat outside archrival and dour stayer Gammalite.

To the dismay of trainer Bob Knight, his reinsman son, Vin, owners and the industry as a whole, Popular Alm was crippled by a leg injury after beating Gammalite and Royal Three in the Winfield Cup in December 1983,

After an operation which saw two screws inserted in his leg, Popular Alm was given a long, slow preparation before making his racing return at Moonee Valley on October 20, 1984.

Popular Alm’s successful comeback was in the Italian Cup, which is the main pacing event during the weekend.

The stallion’s popularity and drawing power was illustrated by a crowd of 13,199 – up roughly 4000 on recent meetings, and close enough to double the season’s average!

For the record, Popular Alm didn’t let his adoring fans down as he displayed his famous speed and strength to thrash a small field by 15 metres in 2:00.4 over 2400 metres.

Sadly Popular Alm only managed one more start – for a win – before injury struck again, ultimately leading to his retirement.

As for the upcoming Italian Cup, a handy field has been assembled to battle over 2240 metres, with Triple Eight the one to beat.

Winner of his two starts from a spell, the Jess Tubbs-trained gelding is a $1.45 TAB Fixed Odds favourite from barrier five in a field of six.

Are these your lucky APG lottery numbers?
Upset win shocked all bar one
Silver lining beginning to form around dark cloud
Kiwi superstar ready for Aussie debut
About author