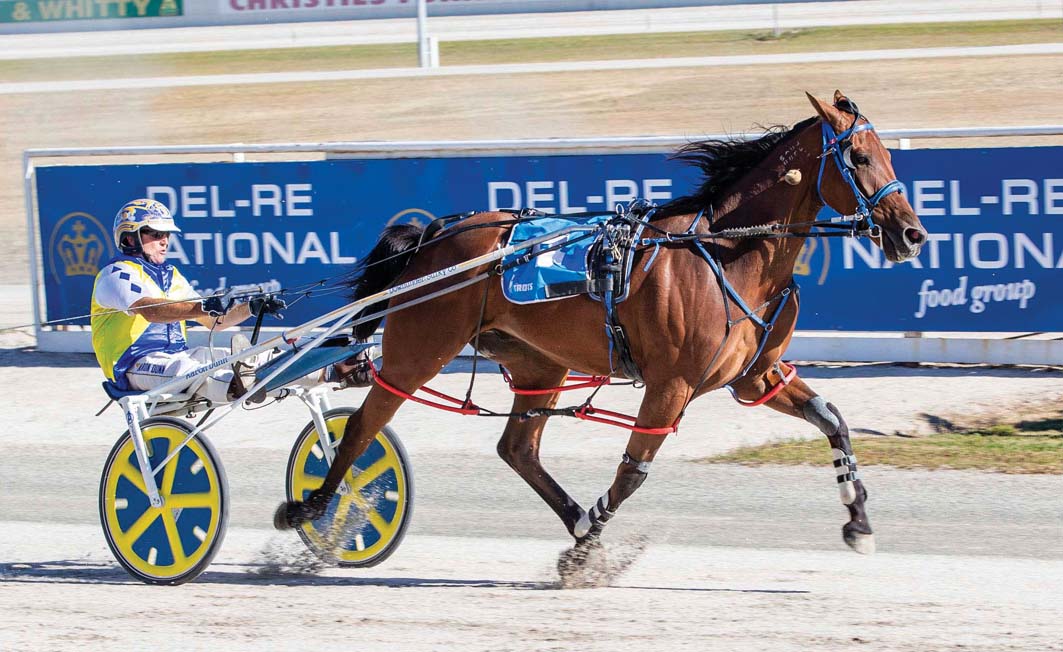 Entering the meeting with two prospects, Dunn left with a pair of winners.

While he has registered numerous provincial doubles throughout the years, it has been the better part of two decades since Dunn notched a metropolitan double.

“It’s been a long time, and given I also own one of the winners, it was my biggest night for quite some time as it is the first time I have been the sole owner of a metro winner!”

Dunn opened the evening with a win behind Shady Azz, which enjoyed the perfect one-one trip before cruising to a three-and-a-half metre win from the pacemaker, Celestial Gossip.

After trailing the lead, The Big End Oftown was five metres away third in 1:55.9 over 2200 metres.

“He’s the kind of horse that if they run a solid tempo he can peel off the speed,” Dunn said. “He’s capable of winning a nice race if it’s run in quick time.

“I’ll aim him at the Tontine next and see he how goes after that.”

Also enjoying a one-one passage, Rollova was untroubled on his way to a five-metre win from Carlas Mach, with Arts Dash five metres away third.

“He’s a pretty consistent type, which still has a few wins in him before he reaches his mark,” Dunn said.

“With a bit of luck one of those wins will be in the Final.”