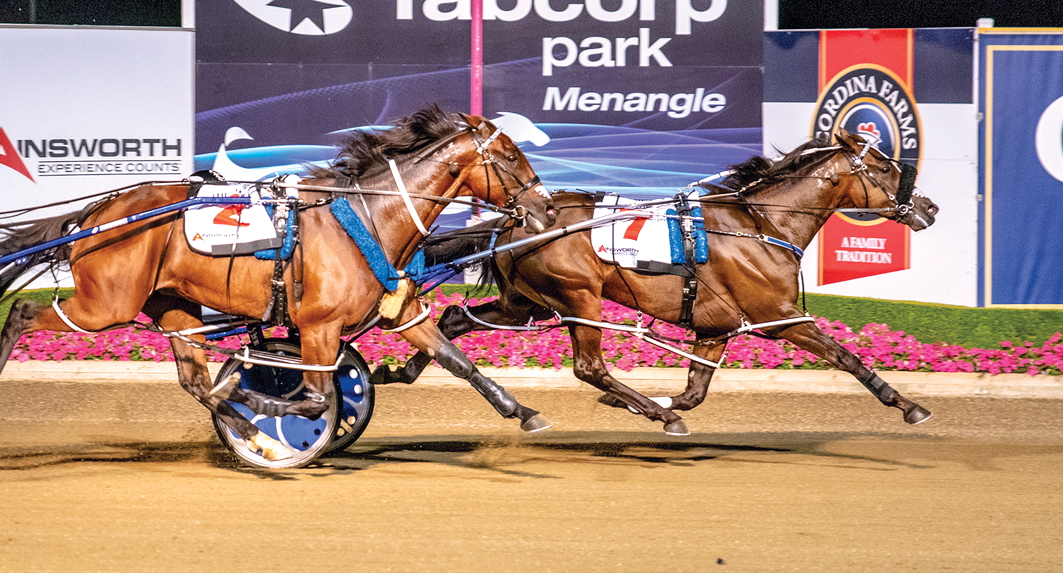 FORMER champion Spankem proved he is on target to regain his Miracle Mile title with a stylish victory in Addington yesterday. Runner-up in the...

FORMER champion Spankem proved he is on target to regain his Miracle Mile title with a stylish victory in Addington yesterday.

Driven by co-trainer Natalie Rasmussen, the son of Bettors Delight led throughout the Group One to score by three lengths from his former stablemate Thefixer.

Ashley Locaz, a stablemate of the winner, was a nose away third.

“I think the 3200 metres just sees him out, but over the short trip he is pretty lethal,” Rasmussen said. “He is fast!

“Once he got to the front he just dropped the bit, which was good as he is one that can get up on the chewy a bit.

“It was nice to have him relax and do his own thing and then start picking up when he needed to.”

During the gelding’s absence King Of Swing captured the Grand Circuit event in 1:48 around Club Menangle.