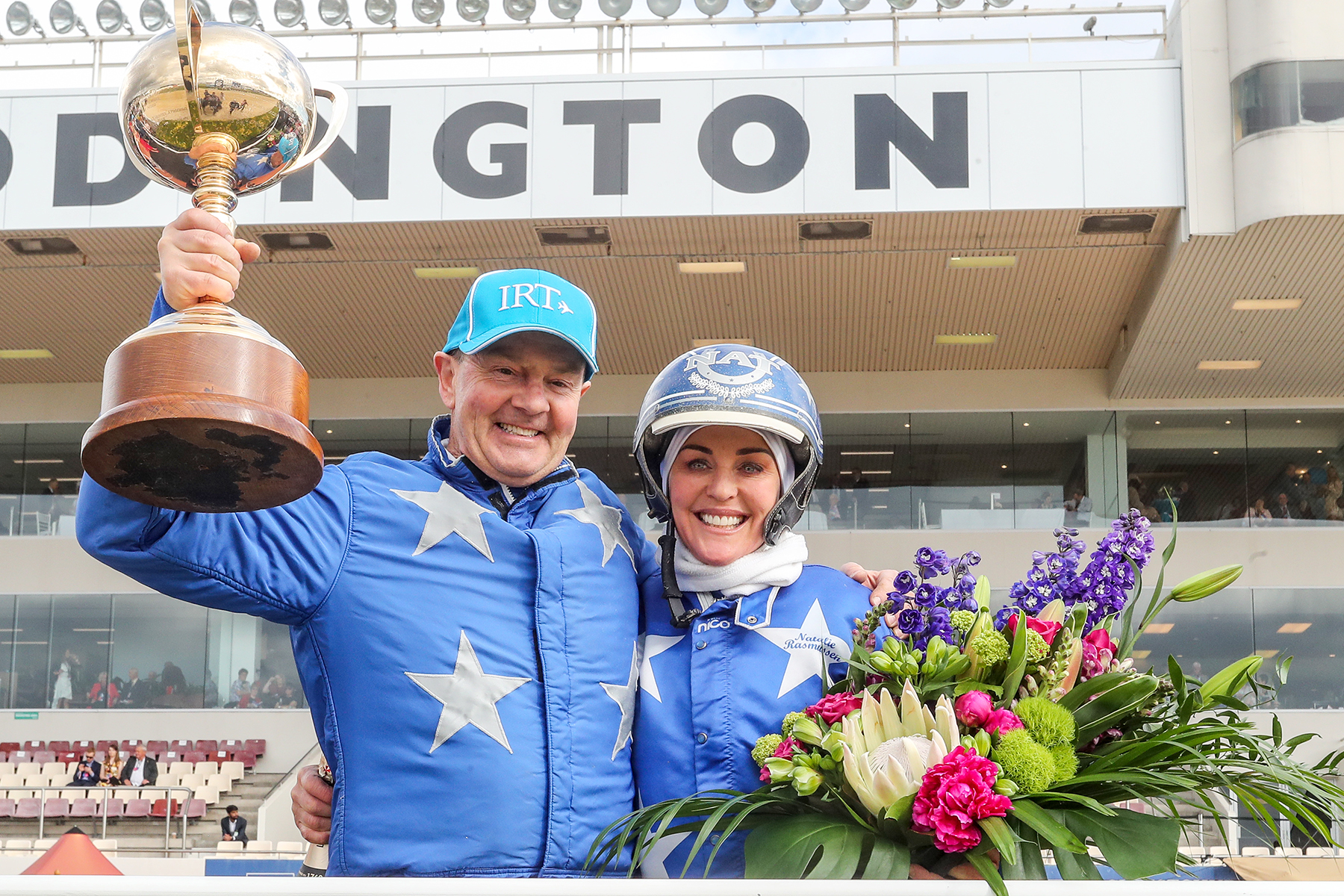 THEY’VE done it again. The might of the All Stars has confirmed its reputation as the best big-race stable in the Southern Hemisphere after...

The might of the All Stars has confirmed its reputation as the best big-race stable in the Southern Hemisphere after claiming another Group One $572,400 IRT New Zealand Trotting Cup at Addington yesterday.

Headed up by the dynamic duo of Mark Purdon and Natalie Rasmussen, the leading conditioners provided a perfect result in the 3200-metre stand start feature with Self Assured (Mark Purdon) defeating stablemates Spankem (Natalie Rasmussen) and Ashley Locaz (Tim Williams) in a time of 3:55.2.

While the stable continues to rewrite the record books, a 1-2-3 result in the country’s biggest event simply underlines their sublime skill and amazing focus on producing nothing but the best results.

Last year, the All Stars team produced four of the first five placegetters while they have now won 6 of the past 7 editions of the Cup since forming back in 2013.

Purdon has now driven the Cup winner six times which equals the effort of the late Cecil Devine while he is one behind Ricky May who has the record with seven victories.

With so much hinging on the start, race favourite Copy That ended up second last on settling down after starting from the inside draw while Self Assured nailed his beginning which effectively flipped the pre-race script.

His faultless display came after Purdon and Rasmussen took a calculated gamble by taking the Jean Feiss-owned five-year-old off the unruly starting position after some mixed efforts in lead-up to the Cup.

Most, if not all, were surprised to see Self Assured so close to the lead so quickly after the start which spelt disaster for his rivals.

But punters were fuming with the official start to the race.

The All Stars runners made the most of their luck and took forward positions in running.

With a lap remaining, the All Stars trio occupied the top three spots in running while Copy That was forced to work hard mid-race for driver Blair Orange.

Approaching the home turn, Spankem led the way while Self Assured angled to his outside and launched his finishing burst with Ashley Locaz sticking to the inside.

At the line, Self Assured scored by a widening margin of three and half lengths over Spankem who bobbed in front of Ashley Locaz to hold second spot.

The Ray Green prepared Copy That faded over the latter stages to finish eighth.

“He picked a good day to get it right, I was nervous about the start but I thought we gave him enough practice after the Cup trial and he would be better so it worked out great,” Purdon said.

“Winning races like this is why we do this for a living, and I’m thrilled for Jean, a fantastic and passionate supporter of our stable.”

Anything can happen in racing
Deja vu all over again!
Plans remain modest despite Cup win
Who is the Fastestgirlintown?
About author