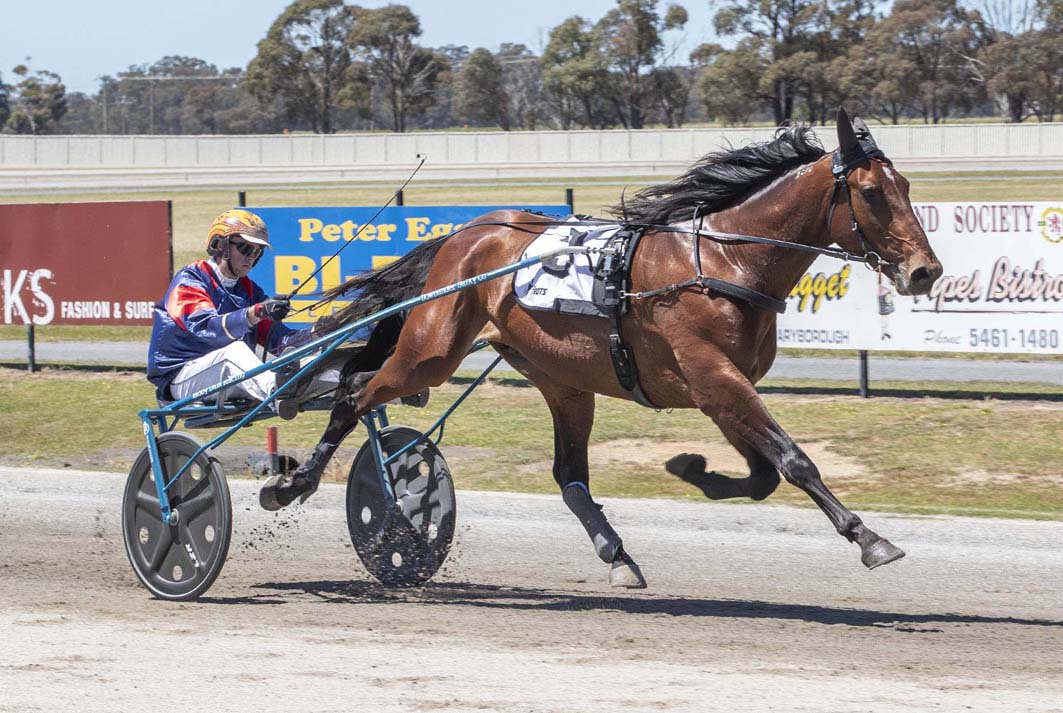 VICTORIA’S dream of internationalising the local industry was given a huge boost yesterday thanks to some overseas-bred winners. Sure the Maryborough card included numerous...

VICTORIA’S dream of internationalising the local industry was given a huge boost yesterday thanks to some overseas-bred winners.

Sure the Maryborough card included numerous Kiwi winners – which are ‘international’ – but it was a pair of French trotters which would have delivered the most benefit.

Purchased from the Deauville Yearling Sale, Hopeful Beauty captured the Matchmaker Mile to notch her sixth win from 15 starts.

The Anton Golino-trainer mare has also been runner-up on three occasions.

Driven by Josh Duggan, Hopeful Beauty covered the 1609-metre sprint in 1:55.3 as Queen Of Crime and Missucci filled the placings.

“She is a very nice mare,” Golino said. “She’s still on the way up, but shows a lot of promise.

“This time next year she will see the best of her.”

Making an impressive debut, Interview led throughout from barrier three to score by 12-and-a-half metres from Aldebaran Gwen.

The Chook was 10 metres away third.

By Traders from Saorse, Interview is a half-brother to his injury-plagued Swedish-bred stablemate, Dreamcatcher.

“I really like him,” Golino said. “He’s got a bit of class about him and I think he can go a far way.

“I’ve taken my time with him as he is six months younger than the other three-year-olds and expect him to develop well as he matures.”

Massive offer for boom youngster rejected
Baily’s ‘Blissfull’ week at Wagg...
FINDING WINNERS: Here’s the ones to follow a...
Ready for winners’ circle return
About author