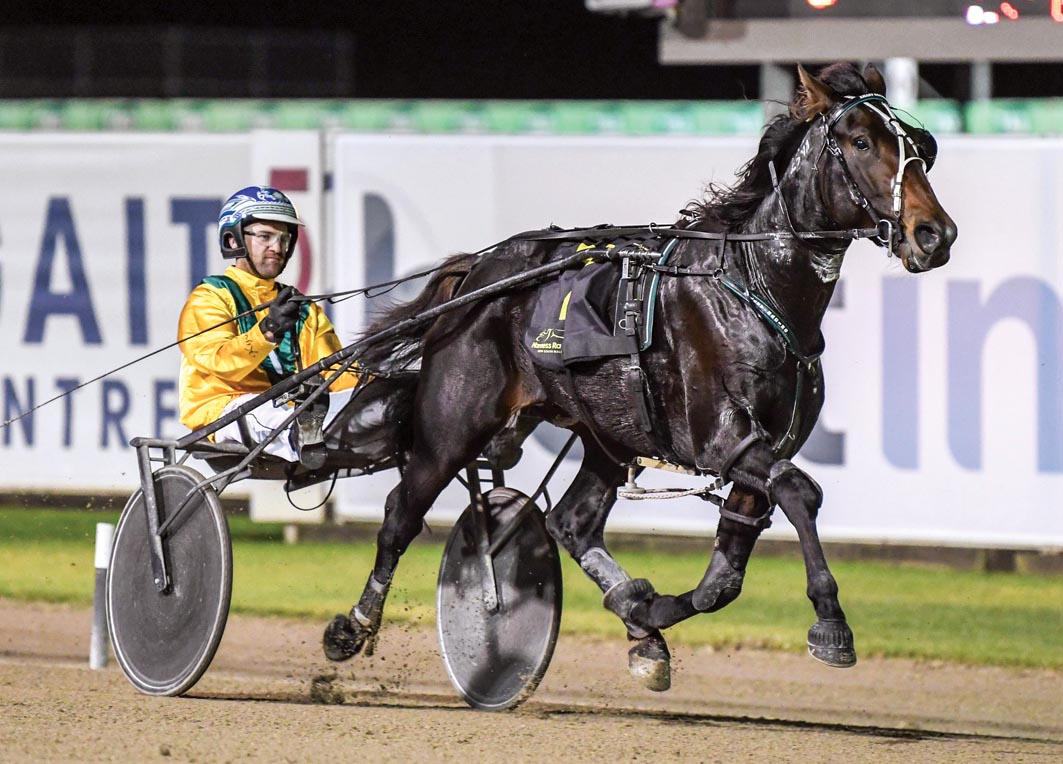 Now on to the Breeders’ Crown

IT TOOK a track record to do it, but Kyvalley Hotspur has claimed a second Blue Riband. Successful in the New South Wales Trotters’...

IT TOOK a track record to do it, but Kyvalley Hotspur has claimed a second Blue Riband.

Successful in the New South Wales Trotters’ Derby at Club Menangle last May, Kyvalley Hotspur outclassed his rivals in the Victorian edition in Maryborough yesterday.

Thrilled with Kyvalley Hotspur’s performance, trainer Brent Lilley has already set his sights on another feature campaign with the son of Muscle Hill.

Planning to give the colt “a few easy days”, Lilley will then prime Kyvalley Hotspur for the Australasian Breeders’ Crown.

That will see Kyvalley Hotspur return to the scene of his latest triumph for a heat of the series.

“He’s done a fantastic job all season and yesterday was no different,” Lilley said. “He’ll have a few easy days now before we get going for the Breeders’ Crown heats.

“It should then be on to the Final, which will see him out for the season.”

Driven by Anthony Butt, Kyvalley Hotspur led throughout the Group One to score by four-and-a-half metres from his stablemate, Aldebaran Zeus.

Rating 1:59.3 over 2690 metres, the three-year-old slashed a second from the track record.

“I knew they were both ready to run big races,” Lilley said. “I would give the edge to Zeus, but Hotspur just gets the job done.

“He’s the kind of horse which has gotten better as the season has gone on and benefitted from the season ending in December instead of August.”