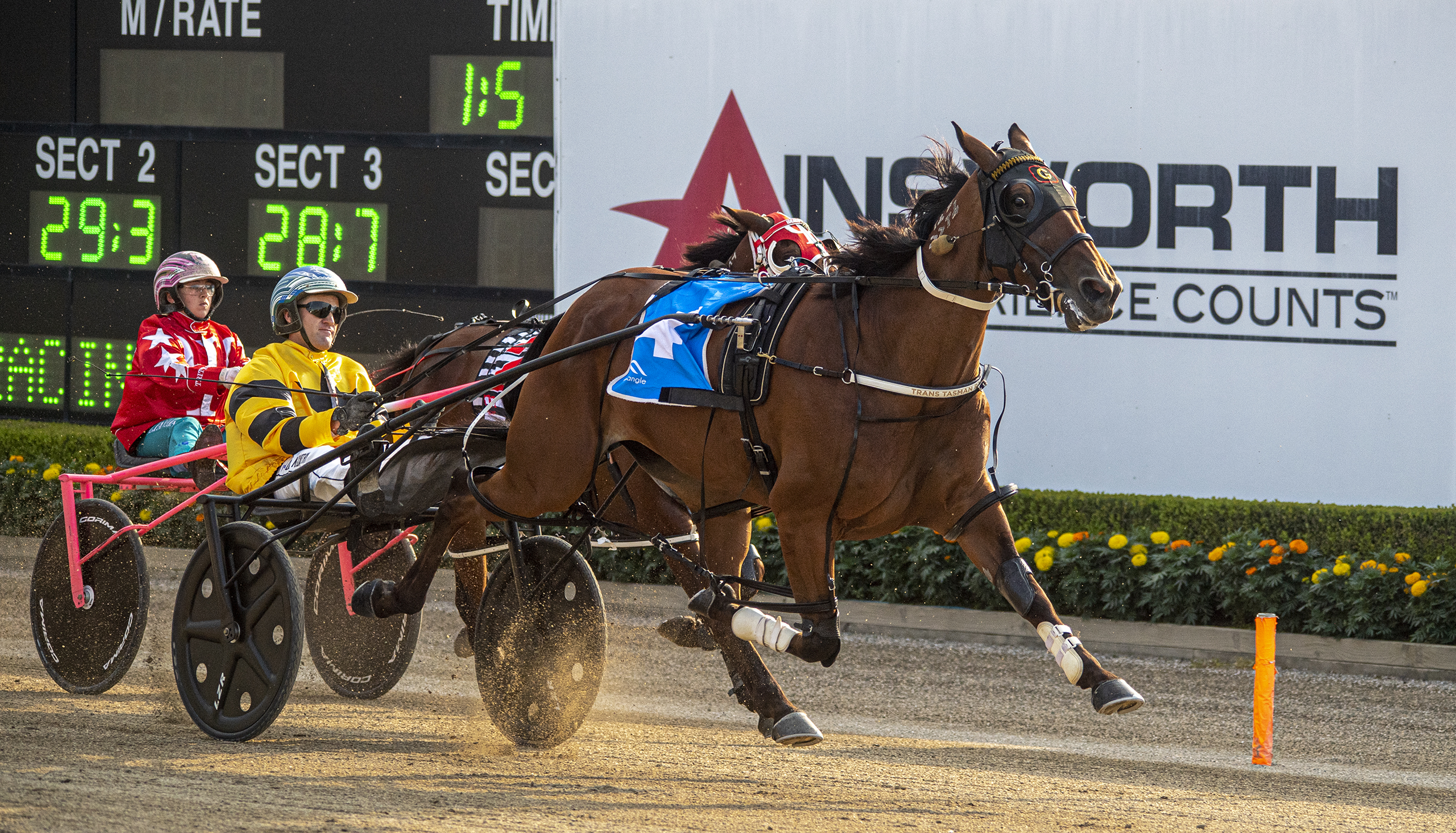 ANOTHER ONE LIKE THIS PLEASE: Takara Truffle put the Goadsby stable on the map.

Goadsby hunting that next ‘Truffle’

Goadsby1 Newcastle30 Takara Truffle2
WHITTINGHAM might only be a tiny backwater near Singleton but for trainer Aaron Goadsby it’s a base for a hectic lifestyle as he shares...

WHITTINGHAM might only be a tiny backwater near Singleton but for trainer Aaron Goadsby it’s a base for a hectic lifestyle as he shares his passion for harness racing with owning and operating a successful freight/courier business.

“It is a hectic lifestyle, there is no doubt,” said Goadsby.

“We get up early of a morning to work the team and then head into Singleton to run the business.

“I have eight horses in work right now, which is a good number for us to handle.

“Our business has grown rapidly, particularly along the eastern seaboard and we have a huge customer base.

“It is very satisfying to grow a business from what was small to where it is now.”

Goadsby recently retired talented mare Takara Truffle, who did a lot to put his stable on the map.

“She was such a good racehorse  – she was our champion, and we gained a lot of enjoyment out of racing her,” said Goadsby.

Takara Truffle won $140,000 in stakes from 18 wins, six of which were at Tabcorp Park Menangle.

“While I do not have any stars in the stable at the moment, my team is going quite well.

“They are all pretty consistent, but I wake up every day thinking about where I can get my hands on another Takara Truffle.

“I have a couple of nice ones at home, which I recently bought from New Zealand so hopefully I will get back to town shortly.”

Goadsby will head down to Newcastle this evening with three runners and rates Getarattleon (Race 4) as his best chance of winning.

The gelding has not won since scoring at Tamworth on August 27 last year and despite having 14 starts since, Goadsby believes his form is better than it looks as he has not been beaten all that far in many of those runs.

“If they put the pace on, that will suit my bloke down to the ground,” he said.

“I am hoping he can get into a prominent spot from barrier four and get his chance to break back into the winner’s circle.”

La La Bron (Race 7) appears to be the next best for the Goadsby stable.

The mare has run second at four of her past six starts.