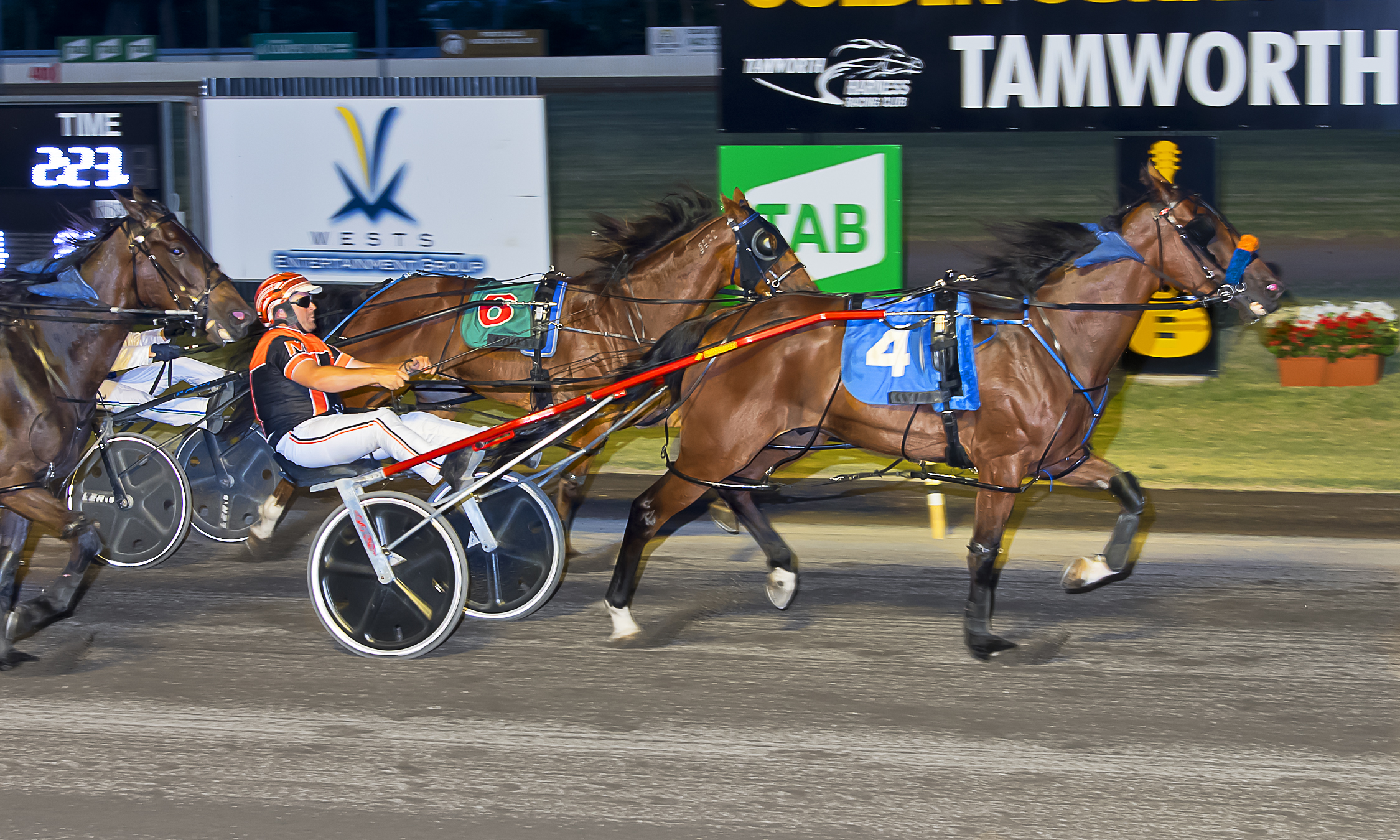 IMPRESSIVE WINNER: The Choreographer scores at Tamworth on Sunday night.

Geoff Harding1 Golden Guitar8 Robbie Morris17 The Choreographer1
HE admitted he would be happy for his duo to finish in the first four. Yet Hunter Valley trainer Geoff Harding did a lot...

HE admitted he would be happy for his duo to finish in the first four.

Yet Hunter Valley trainer Geoff Harding did a lot more than that, winning the Group 3 Multiquip $30,000 Golden Guitar Final with The Choreographer at Tamworth on Sunday night.

The win by the five-year-old A Rocknroll Dance-Modern Day gelding secured the third Golden Guitar Final success for Harding and the first for Sydney reinsman Robbie Morris.

Geoff Harding is now the most successful in the time-honoured race, notching his first win as a reinsman in 2007 behind Let’s Ride The Tide followed in 2015 as trainer of the winner in Strathlachlan Andy, driven by his son Matthew.

Harding had two runners in the final – Rocknlachlan as second race favourite at $3.90, from the nine barrier with Blake Hughes as reinsman and The Choreographer from barrier four after both pacers won their respective heats leading into the final.

“It is pretty good to win it three times,” said Harding.

“I thought both horses – The Choreographer and Rocknlachlan -were good chance.”

“The draw helped the big horse (The Choreographer) and Robbie drove him a treat.

“Blake (Hughes) with the other horse (Rocknlachlan) drove him well too.”

Harding admitted it was tough going watching from the sidelines.

“It was hard to watch both horses in the same race but it was easy when Blake ducked up and got outside him (The Choreographer) – it was easy then.”

Morris only accepted the drive behind The Choreographer on Thursday after receiving the call-up from Harding.

“I was more than happy to come up for the drive,” said Morris.
“I wasn’t coming until Geoff phoned and I thought it was worth coming up to take the drive because the horse had a really good chance.”

Morris had travelled to Tamworth the previous week to take the reins behind Shadow Pass for the Roy Roots jnr stables to win the opening heat of the Golden Guitar series.

Morris was driving to instructions with Harding indicating to take his time when the barriers released with The Choreographer.

“Battle Chimes came out hard with me and both Battle Chimes and the horse I won the heat on last week, Shadow Pass, burned out really quickly and Geoff wanted me to nurse the horse out of the gate.

“I was a little cautious early and let them go hard up front.

“I made a good strong plea for the lead down the home straight on the first occasion.

“That is one thing with Geoff’s horses – you know you can put them into the race, and you know you are going to be there turning for home.”

“I was able to dictate the race tempo myself and Geoff said to me that the horse was better off free-rolling than sitting and sprinting.

“When we rolled to the front as easily as we did, I elected to keep him breezing on good quarters.

“I thought the four main dangers were behind us and I wanted to leave them behind and if they could catch us then good on them.”

The Choreographer went on for a 2.7 metre win over Battle Chimes with stablemate Rocknlachlan a further metre away third with a mile rate of 1.56.5 – just outside the track record set by The Bus back in 2019.

“It’s always good to get back here to Tamworth,” added Morris, who is more accustomed to racing on metropolitan tracks.

“The crowd and the atmosphere are great. The track is in super condition – it’s a credit to the club.”

Geoff Harding races both The Choreographer and Rocknlachlan with his eldest son Matthew, who also doubles as the stable reinsman.

Sadly for Matthew, he is currently on the sidelines with a shoulder injury. 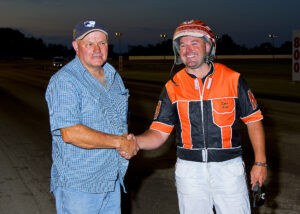 KerryAnn closes in on another century
Moustachioed star looking to ‘whisk’ a...
Chapple gives the locals a reason to cheer
Robbie has the last laugh . . . this time
About author