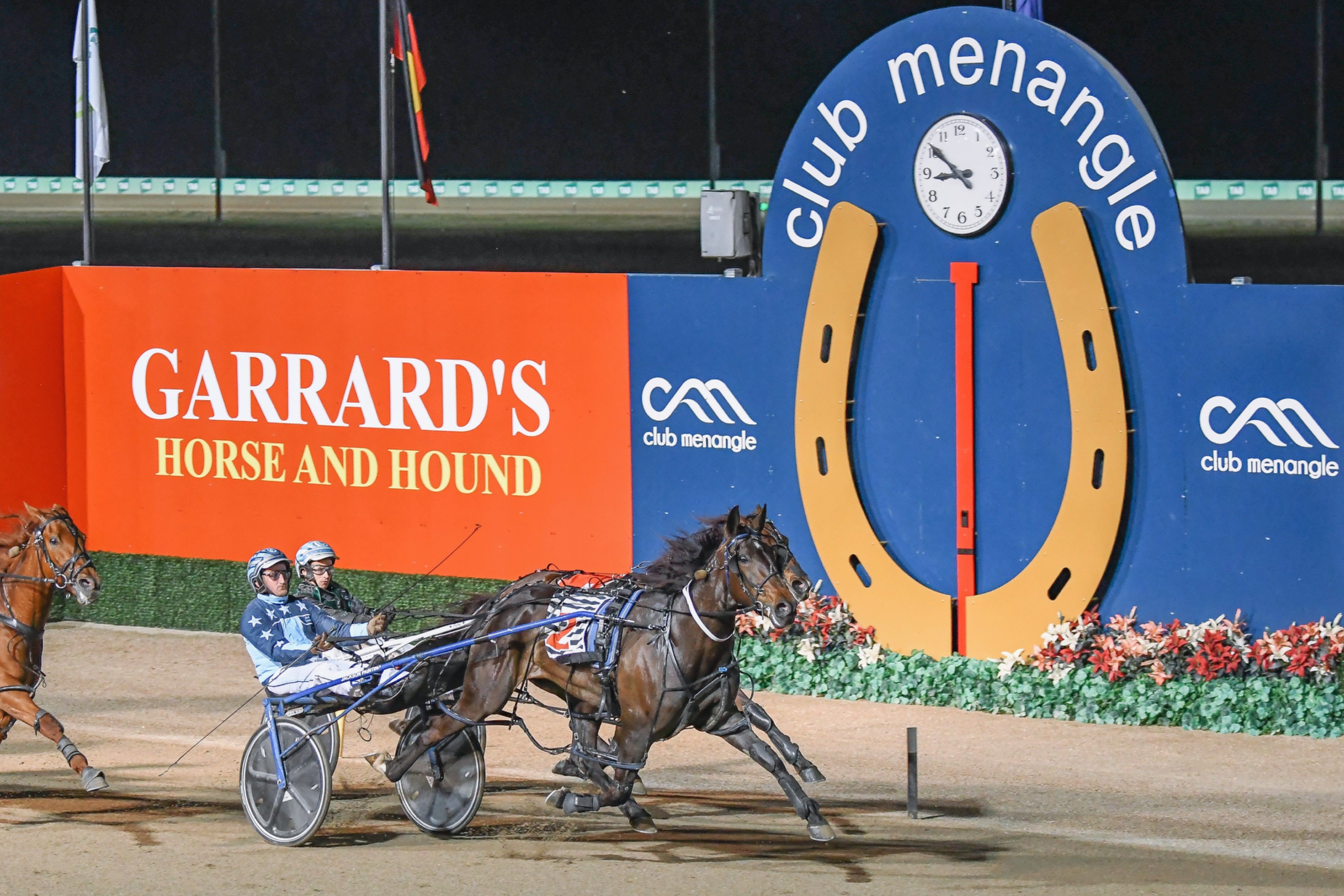 ANOTHER WINNER FOR THE KENNEDDY CAMP: Jackson Painting scores with Adira at Menangle last season.

Jackson Painting1 Leeton6
NARRANDERA trainer, David Kennedy and his foreman Jackson Painting would arguably have one of the best strike rates in the Riverina. The pair only...

NARRANDERA trainer, David Kennedy and his foreman Jackson Painting would arguably have one of the best strike rates in the Riverina.

The pair only train a relatively small team of 13 pacers but their winners-to-starters during the extended season, which concluded last night, was an impressive 37 per cent while their percentage for finishing in the first three sits at 56.

Painting has had twice as many drives and is proud of his achievement during 2019/20, joining the ‘Centurion Club’ with 104 winners.

“I have been very fortunate to have teamed up with David,” said Painting.

“He is such a good conditioner, and his horses make me look good.

“I am also grateful to the many trainers that put me on their horses, it has been a really successful 16 months for me.

“We have had a good run buying horses from New Zealand over the past few months too; they have all performed well for us.

“A little while ago, a few mates threw in $1,000 each to buy a couple of horses to have a bit of fun with and for Dave and me to train.

“We have since turned over ten or more of them and have three racing in major races here in the Riverina in the coming weeks.”

Tonight, two of those horses that Painting spoke of will contest feature finals at Leeton.

“Courageous Ways will contest the Golden Apple Super Store Final and I am confident that she can lead from barrier three,” said Painting.

“We have given her two starts since getting her from Billy Evans and she won well in her qualifying heat after leading last weekend.

“She has worked well at home since then, so I am keen on her chances tonight.

“Coolhand Easton has drawn awkwardly on the inside of the second row in the Milbrae Quarries Final.

“All I can do from there is drive for luck.

“He is a really nice horse that has won four races for us so I will be relying on his ability to get us home.

“I am driving Run Business Run for Col Thomas in the Cup and am keen on his chances as he will relish the stayer’s trip.

“I do a lot of driving for Col so I would just love to win a feature race for him.”

Here’s a home-ground advantage
Preview: Leeton September 15
Leeton Preview July 31: DIEBERT’S OUT TO KEEP REC...
Locals have it on a Plate
About author