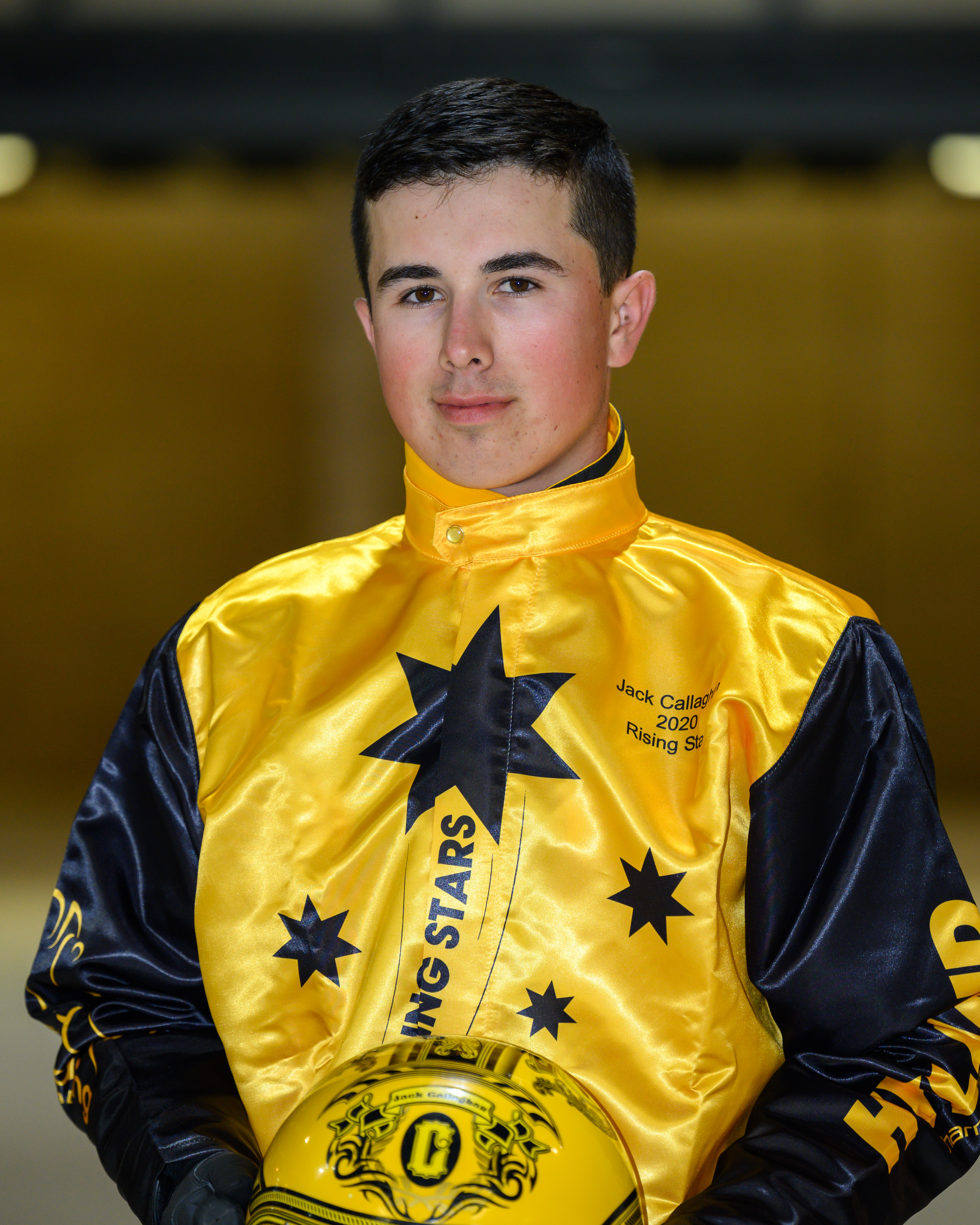 A STAR IN THE MAKING: Jack Callaghan

He’s proving a ‘Jack’ of all trainers

Jack Callaghan16 Penrith46
IF he hadn’t already put his name on the map when he lived in Newcastle, talented young reinsman Jack Callaghan certainly has etched his...

IF he hadn’t already put his name on the map when he lived in Newcastle, talented young reinsman Jack Callaghan certainly has etched his name into the minds of trainers and punters alike over the past 12 months.

Callaghan is fast becoming one of the “go-to” junior reinsmen in the state’s metropolitan and provincial driving ranks, picking up drives for in-form stables such as the McCarthy, Grimson and Trainor outfits, along with many more.

“I have been based in the city for a year now and I feel that I am just finding my stride and settling into how best to deal with the rigors of working and participating down here,” said Callaghan.

“It has been so surreal, all the support that I have received in the short time I have been here, especially from some of the best trainers in the sport.

“I work hard to do my best in the gig to get results so that I can reward them for the confidence they show in me.

“I am currently working for the Cobbitty Equine team, headed by Belinda McCarthy and just being around people like her, Luke and all the other staff has helped me immensely to learn and understand how to train and drive standardbreds.

“It has certainly helped me take that next step to becoming a capable horseman.”

Callaghan began his driving career in Newcastle under the guidance of his father Mark, who himself is a top trainer-driver in the Hunter region.

“My parents, Mark and Simone, have always been so supportive of me,” said the young reinsman.

“They gave me the grounding and driving opportunities from a young age, which assisted me greatly to learn my craft.

“I am really looking forward to my drives over the next few days.

“I kick off in the first at Penrith tonight partnering Ballterra for Jack Trainor.

“This horse is absolutely flying, having won his past two.

“He is chasing his third win in eight days and should take a power of beating from gate two.

“I also have two drives for Mick Doltoff and both horses look well-placed in their respective races.

“Smoothe Style (Race 3) will have to overcome a second line draw while Rock Of Delight (Race 5) has drawn wide in gate six.

“But both have plenty of ability and should perform well.”

Young guns in for a big night at Penrith
Moustachioed star looking to ‘whisk’ a...
Young talent getting a chance to shine
Hewitt holds the key to BC heats
About author