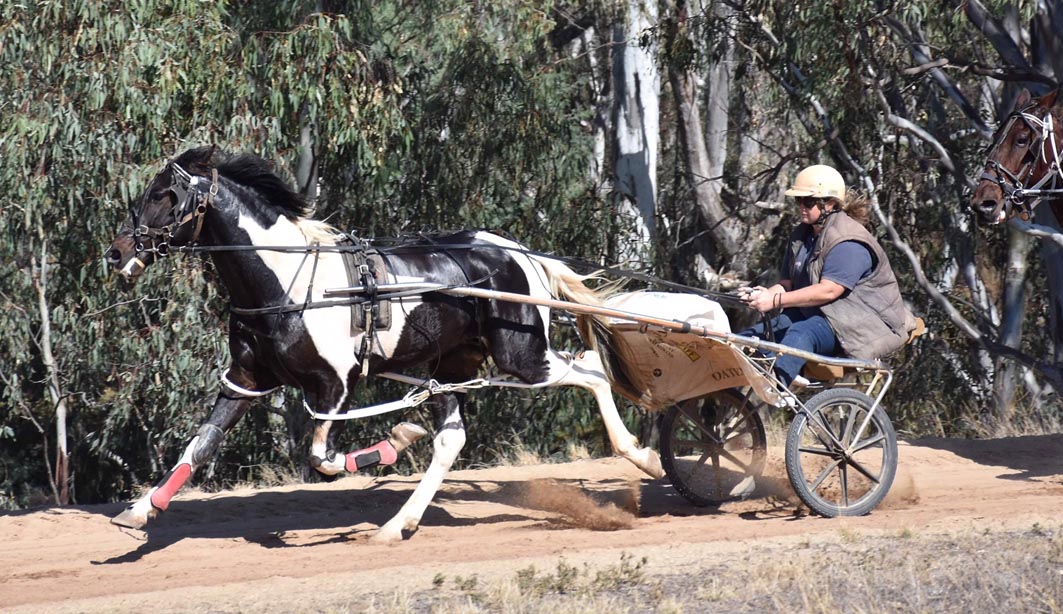 GAINING a solid following before he’d made his way to the races, Holstein appears destined to enjoy cult-like status following his debut in Shepparton....

GAINING a solid following before he’d made his way to the races, Holstein appears destined to enjoy cult-like status following his debut in Shepparton.

An unfashionably-bred pacer, Holstein is a remarkable looking skewbald – a fact which has earned the gelding his share of admirers.

Thanks to a triumphant start to his career just moments ago, Holstein has become an instant crowd favourite.

In fact, according to co-trainer Steve O’Donoghue, Holstein may replace his stablemate, San Carlo, in the popularity stake.

Affectionately-known as Murray, San Carlo consistently wins over fans with his racing ability, which has seen him establish a record of 30 wins and 11 placings from 59 starts for earnings of $570,700.

San Carlo’s reign as the poster pacer of the team, however, looks to have ended!

“For a horse which hadn’t raced he’d attractive a lot of attention,” O’Donoghue said. “At the trials people would keep asking about him and wanting to know when he will get to the track.

“Now he’s made it to the races and won Murray may be pushed out of the spotlight for a while.”

Driven by Abbey Turnbull, Holstein overcome his second row draw to score by six metres from Wandanas Advice, with Sasscilian a metre-and-a-half away third in 2:01.1 over 2190 metres.

“To have him win first-up was pretty good to see,” O’Donoghue said. “He’s a nice little battler which tries his best.

“He’s got the ability to win a few races but how far he can get is hard to say.”

With no major plans in mind for the four-year-old O’Donoghue will search the program for a suitable target.

Looking further ahead, O’Donoghue may take Holstein interstate in search of a record.

“When travel restrictions are over taking him to Menangle might be an option to get a quick time next to his name,” O’Donoghue said. “I’ve never had a world record holder and he could just be the one.”

By Major Bronksi, Holstein is from unraced mare Havilah Mistress, which is from the unraced Heathers Angel.