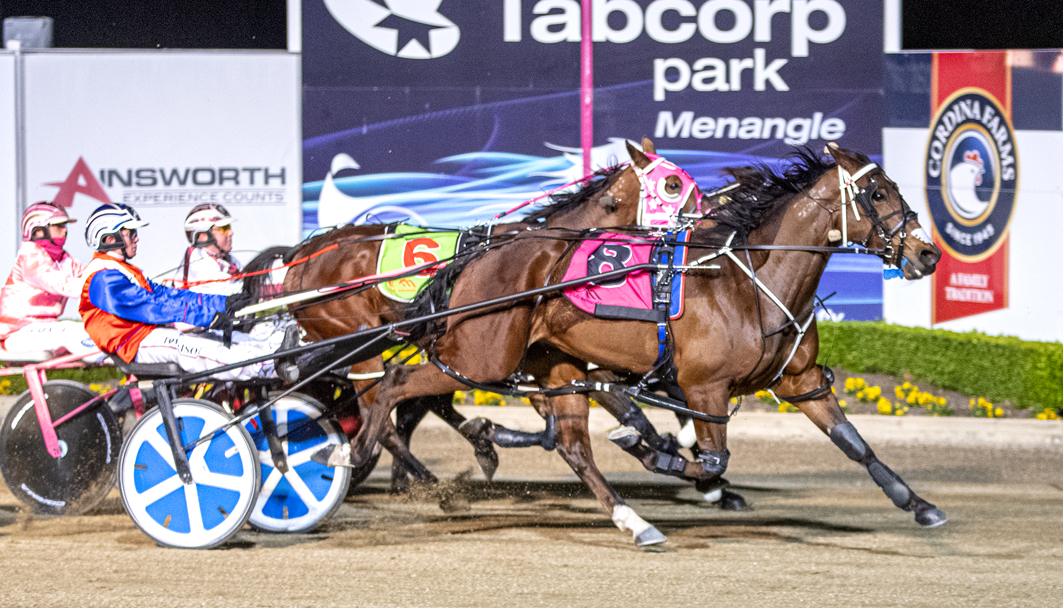 A WINTER reprieve is on the cards for promising pacer Pitch Perfect. Racing in sensational form, Pitch Perfect has been earmarked for a Queensland...

A WINTER reprieve is on the cards for promising pacer Pitch Perfect.

Racing in sensational form, Pitch Perfect has been earmarked for a Queensland campaign.

“He will have a freshen-up now then I will look at some of the races in Queensland during the winter,” Roots said.

“I won’t give him long off but he will benefit from a short break.

“I’ll have to have a good look at the Queensland races to see how they fit in, but it is the way I am looking to head with him next month.”

Driven by regular reinsman Tom Ison, Pitch Perfect began well from the pole but was unable to hold our Zahven Banner, which led from barrier two.

Enjoying the run of the race behind the pacemaker, Pitch Perfect was in desperate need of an opening at the top of the home straight.

“It was a little bit tricky as I didn’t want him to be too far off the leader from the draw but then he had nowhere to go turning for home,” Roots said.

“When he did get a run I was worried the outside horses had the momentum, but to his credit he knuckled down, dug in and got job done.”

Gaining a saloon passage along the pegs, Pitch Perfect quickly sprinted to the front before staving off a late charge from Arma Hotshot to score by a half-neck.

Covering the mile in 1:49.8, the son of Bettors Delight took his tally to 11 wins and seven placings from 22 starts for owner Michael Borg.

“I’m rapt with the way he went,” Roots said. “It was a super run and a terrific drive from Tom.”

Classy mare to be “thrown into the deep end&...
Filly odds-on despite tough draw
THEY’RE RACING FOR SECOND!
That’s the night I felt like I had made it…...
About author