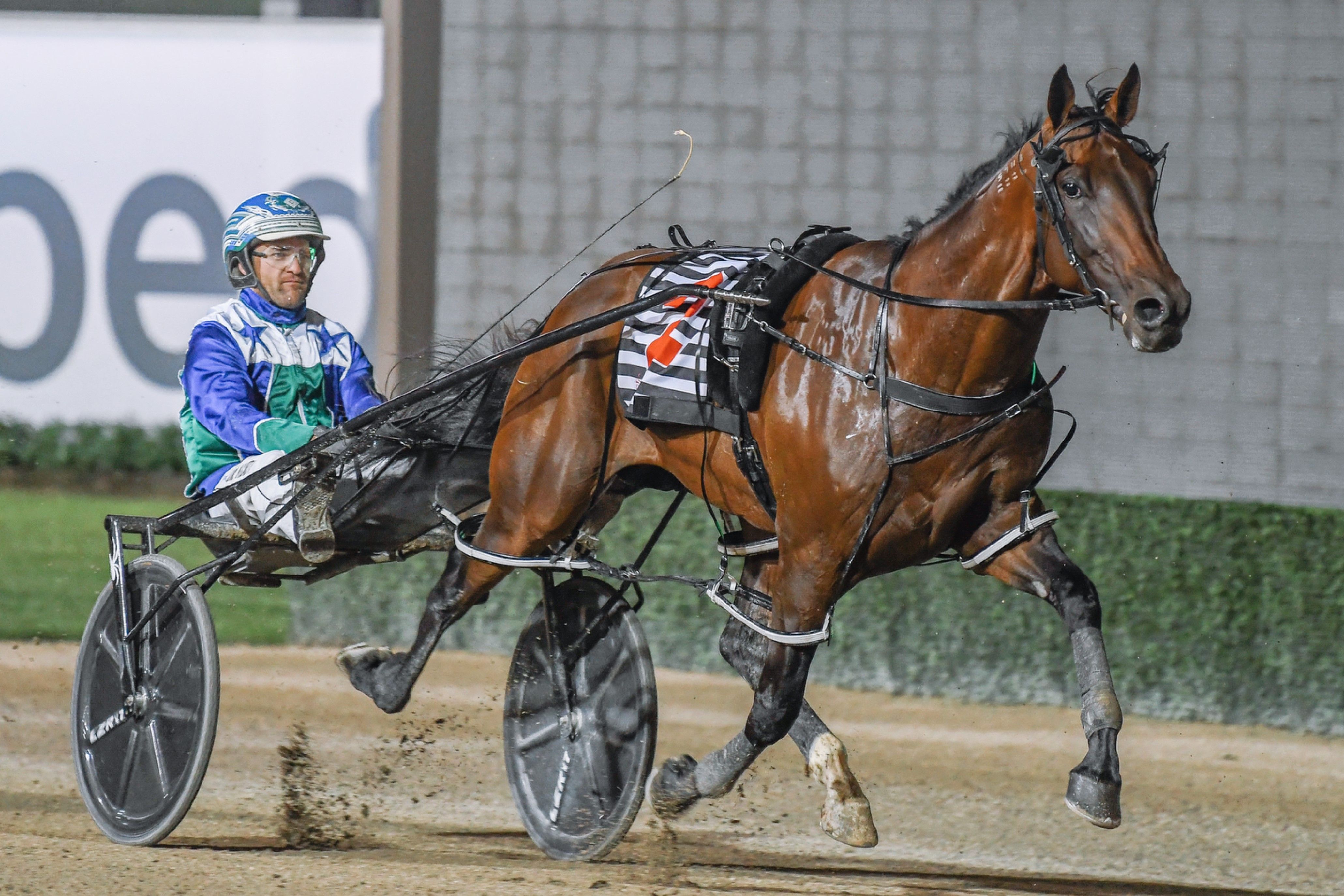 ANOTHER Group One meeting, another sizeable Australian Pacing Gold presence…it seems that elementary!

A fortnight ago APG graduates completed a clean sweep the New South Wales Breeders’ Challenge semi-finals for two-year-olds and are poised to repeat the dose in the Finals according to betting markets.

Four semis across two categories were conducted, with APG stock not only winning, but filling a trifecta and quinella as well as running several minor placings.

Exhilarating freshman My Ultimate Byron led the way by remaining undefeated from seven starts when he covered the mile in 1:50.9.

My Ultimate Byron’s stablemate, My Ultimate Ronnie, stopped the clock in 1:50.5 as APG purchases Smaltese and Tims A Trooper finished second and third.

My Ultimate Byron is listed as a $2.30 favourite from barrier 11, with My Ultimate Ronnie and Smaltese next at $3.10.

Madrid – a stablemate to the ‘Byron’ and ‘Ronnie’ – strolled to her fourth win from five outings as she hit the line in 1:52.3 in her semi and is a $1.90 favourite in the rich decider.

Among the three-year-olds, Anntonia is $1.50 to capture her third Group One of the season.

Although the sole APG graduate in the Len Smith Mile, Expensive Ego is a $1.75 hot shot to secure the sprint.

APG wishes the connections of all Finalists the best of luck.