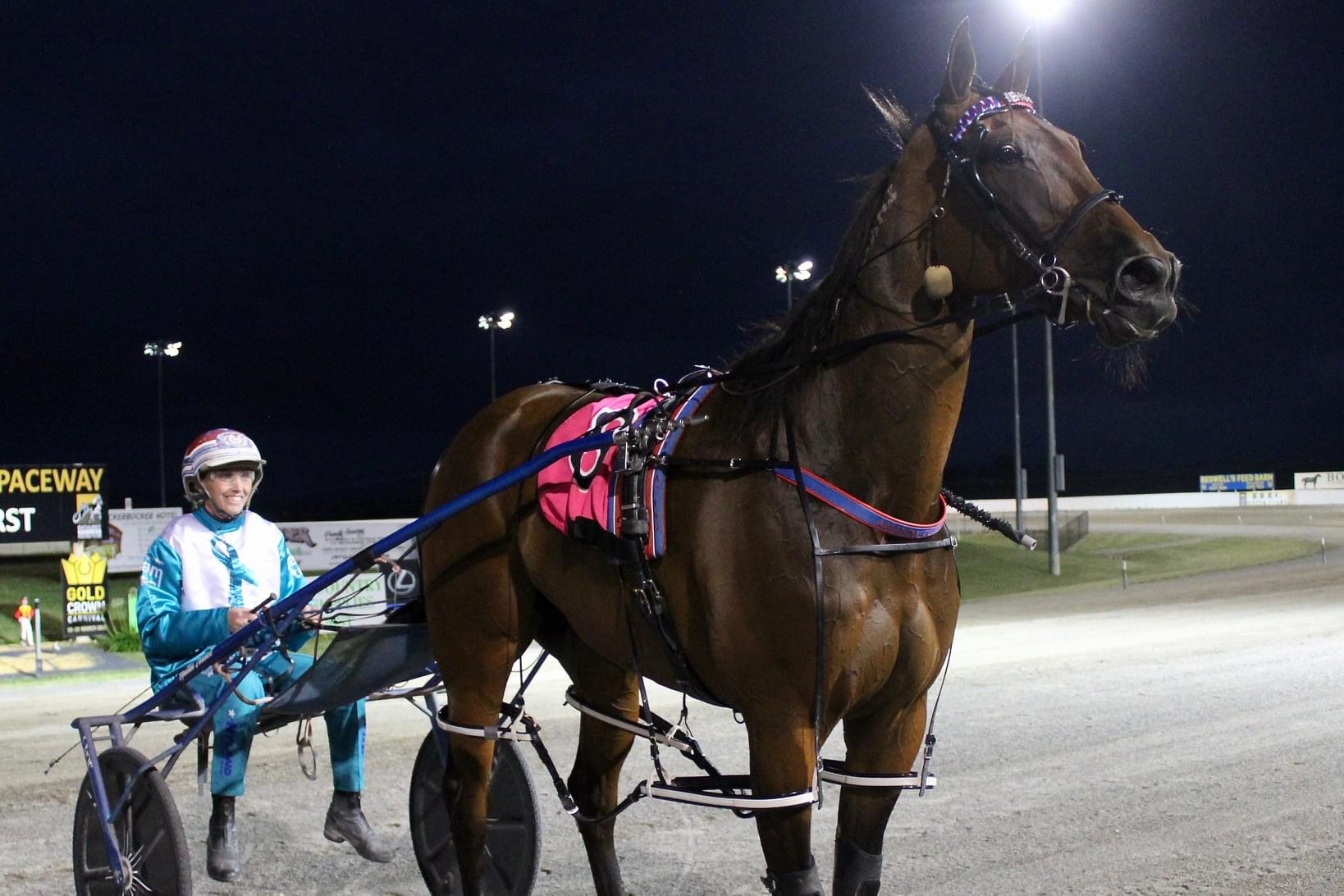 Amanda Turnbull was all smiles after landing another winner for Team Teal at Bathurst on Wednesday night.

No stopping the girls now

bathurst52 Team Teal1
GIRLS – and ovarian cancer research – were the biggest winners from a nine-race card held at Bathurst during the week. Harness raccing’s in-form...

GIRLS – and ovarian cancer research – were the biggest winners from a nine-race card held at Bathurst during the week.

Harness raccing’s in-form female participants were on fire, raising another $2500 for ovarian cancer.

The Team Teal domination kicked off with Amanda Turnbull driving the Stephen Conroy-trained Bandsix to victory.

Landing three-back along the fence, the gelding secured a soft trip before Turnbull was able to work into clear running entering

the home straight and win comfortably by 5.3 metres.

Turnbull also trained and drove another runner to victory, with Ellmers Image returning to the winner’s circle, taking out the fast-class race of the night.

Beginning from barrier eight, Turnbull restrained her gelding off the arm, before sending him around the field to find the front with a lap to go.

From there it was all over, with the seven-year-old winning easily by 5.1 metres.

Jane Morris also notched up a training and driving win, courtesy of four-year-old Choc A Block.

Landing in the second half of the field, Morris began a wide run rounding the home bend, able to find the front and hold on to win by 1.2 metres.

Heer’s runner Firehouse was able to lead all the way for driver Mat Rue, while Betts drove the Chris Frisby-trained Our George Boston to victory.

Frisby also scored in the following event with Rosarito, who was able to lead all the way for driver Anthony Frisby.

Of the rest, trainer Michael Muscat continued his good run, with Semi Sensation making it four wins from his last five starts with Doug Hewitt aboard.

While the Geoffrey Simpson-trained Castalong Shadow was victorious for driver Justin Reynolds and the Nathan Turnbull-trained and driven Pale Face Jo made good use of the sprint lane to win by 1.2 metres.

Peter’s happy to forget those early ‘m...
Turnbull on the Move
A Good Day For Maidens
Micky’s thriving in the bush
About author