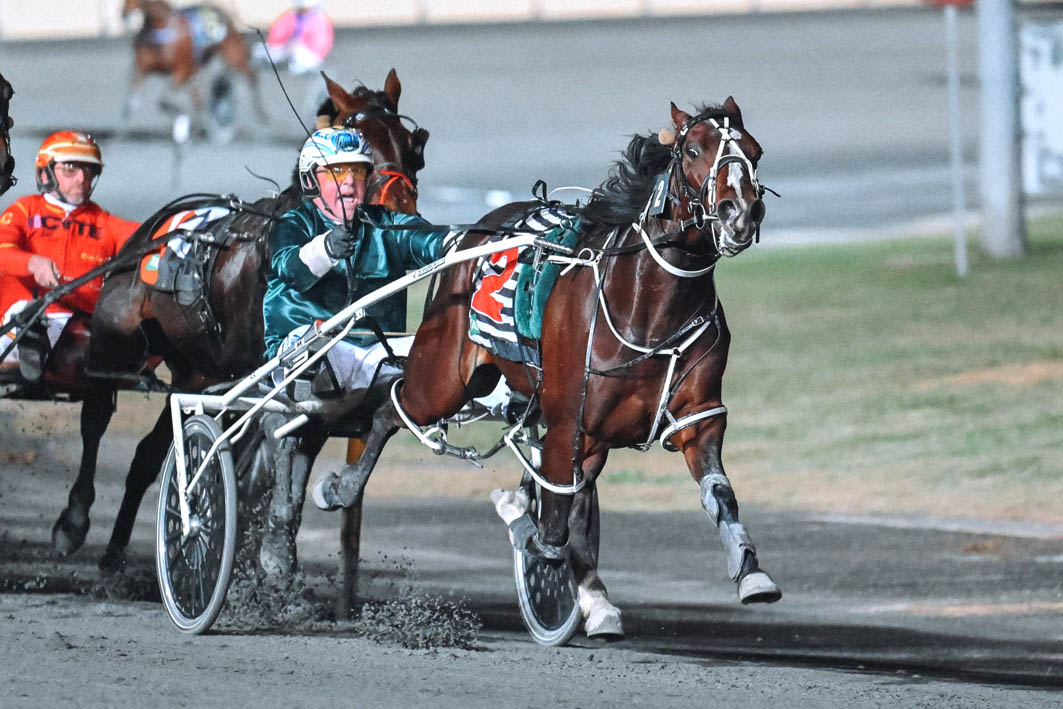 COLOURFUL horseman Kevin Pizzuto admits he is “like a kid waiting for Christmas”. The reason behind Pizzuto’s anticipation was on show at Albion Park...

COLOURFUL horseman Kevin Pizzuto admits he is “like a kid waiting for Christmas”.

The reason behind Pizzuto’s anticipation was on show at Albion Park last night.

In fact, the youngster was among the Group One winners on the stellar card.

“I’m keen for the transport truck to get here tomorrow,” Pizzuto said. “I told them to buy this horse about a year ago as I liked everything about him.

“He’s proven how good he is already and I’ve got no doubt he can go all the way.

“I feel like a kid waiting for Christmas as I wait for the truck to get him here.”

The pacer in question is American Dealer which captured the Queensland Derby in stylish fashion.

Prepared by New Zealand horseman Ray Green and driven by champion reinsman Anthony Butt, American Dealer worked to the lead during the middle stages before completing a metre-and-a-half win from the fast-finishing Captain Crusader.

Krug was four-and-a-half metres away third.

Winner of his last three starts, including the South East Derby, the son of American Ideal rated 1:55.9 for the 2680-metre journey.

“He stayed with Ray for the good races New Zealand but the plan all along was for him to come here,” Pizzuto said.

“Gordon (Banks) and Marc (Hanover) are going to have a lot of fun with this horse.

“He’ll have a short break once he gets here then I’ll get him ready for the Victoria Derby in October.

“Further down the track he should be the ideal horse for races like the Chariots Of Fire and on to the Grand Circuit.”

Ready to extend Derby connection
Schoolboy reinsman earns an ‘A’ with f...
Clash of the Titans
Stable joke has the last laugh
About author