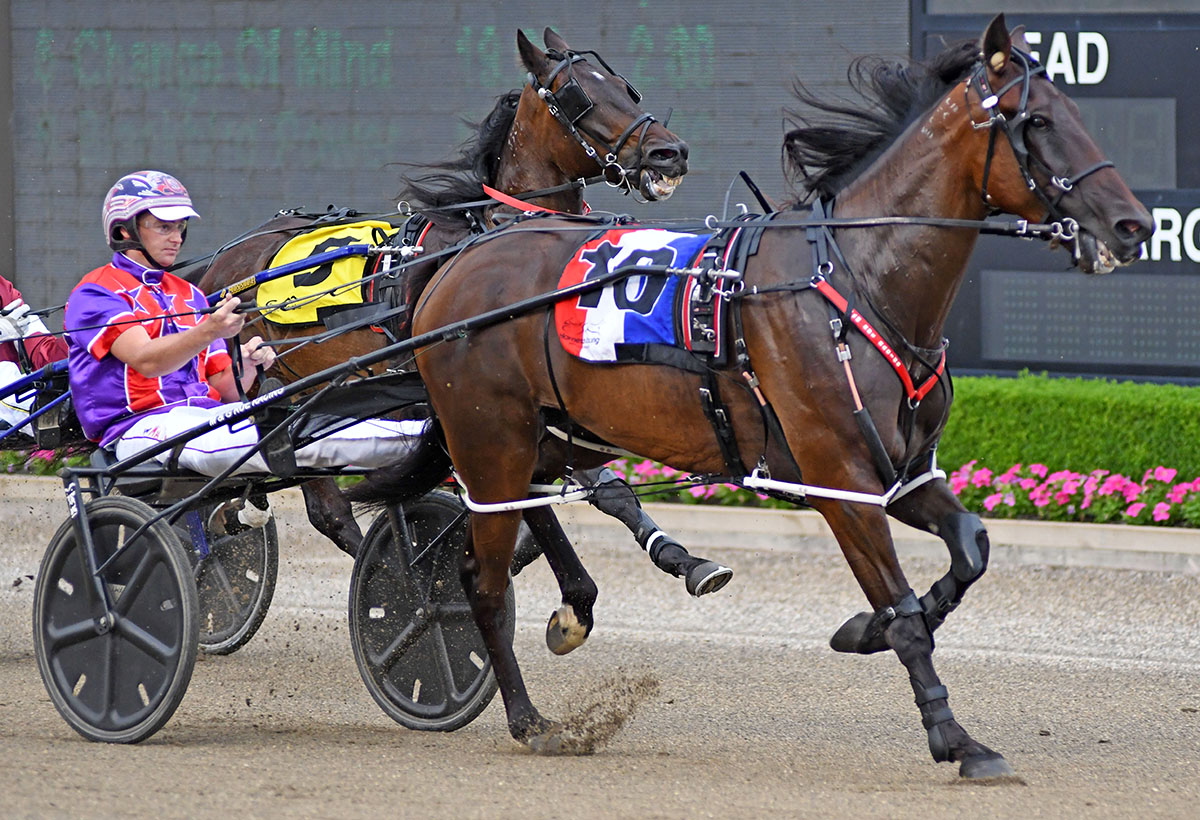 READY TO ROLL: Fouroeight with Mat Rue in the bike.

Mat aims for the big guns with stable star

Mat Rue knows aiming for the upcoming home state Inter Dominion with his stable star Fouroeight is a longshot.

Still, the former Miracle Mile-winning reinsman would love nothing more than to be able to be part of a feature race as a trainer.

“My aim is to have our bloke ready for the Inter Dominion later in the year but in saying that we know that it is an uphill battle to get into the series,” said Rue.

“In fact, it would be a bit of a longshot and he would be a real outsider if we were are able to.

“But I still think it is worth pursuing as he is such an honest bloke who could be in the mix.

“With heats scheduled here in Bathurst, it would be even more satisfying for us just to be involved in the series.”

Rue trains a team of 20 horses on the former Bathurst Paceway at the Showground, alongside young reinsman Tom Pay, and Aaron Williams, who works for him as well as training a few himself.

“We are working a lot of young and unraced horses at the moment which keeps us on our toes so it will be refreshing to get to the races tonight with the old boy for his first-up run,” said Rue.

“Despite him being first-up since racing at Menangle in June, he is fit and ready to go.

“A lack of race fitness is my only concern, but he usually goes well fresh and professional racehorses like him have the ability to dig deep when they have to.”

Fouroeight will contest the Lexus Of Dubbo Pace (Race 5) tonight at Bathurst and will start from the outside gate in the seven-horse field.

“It is great that HRNSW and the Bathurst club decided to run the race with seven acceptors,” he said.

“It is a very strong and interesting line-up which will make for an exciting race.”

Fouroeight ran third in a strong race at Tabcorp Park Menangle on June 19, beaten just over two metres in a fast 1.51.9.

But he meets a very talented field tonight headed by the Amanda Turnbull-trained and driven Balducci and the promising Hes Chiming, a gelding that is overdue for a win.

“It is such a good field, so I won’t be taking anything lightly that is for sure,” said Rue.

Third time lucky as Mat raises the roof
Dream start to Rue’s new season
Mat will never ‘Rue’ the day he chose ...
This Lamb won’t be going meekly
About author