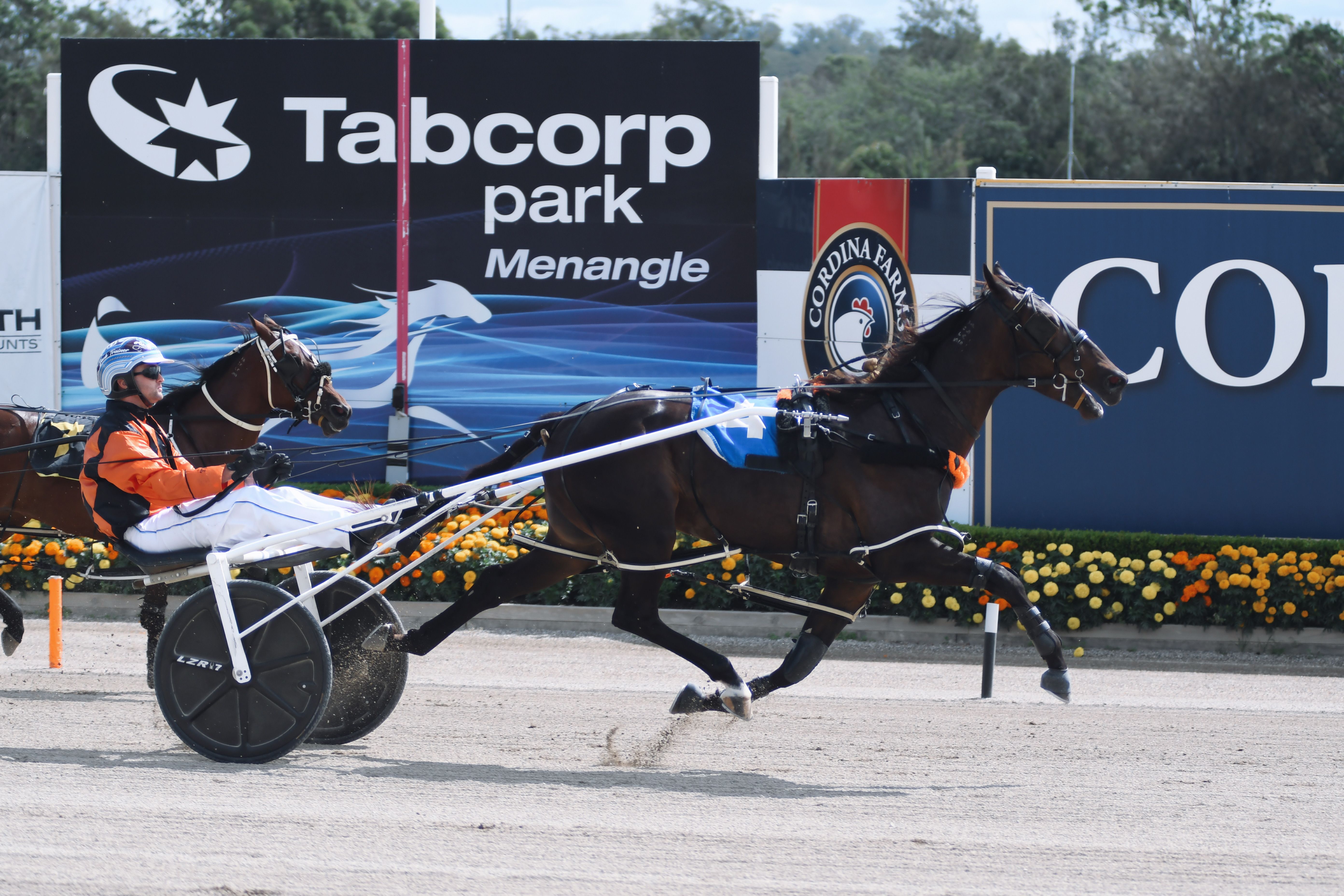 WARMING UP FOR THE OAKS: Anntonia looks a good thing at Penrith tonight

SMART Menangle Park filly, Anntonia scored 100 per cent of the votes to be named the New South Wales Two-Year-Old Pacing Filly for 2019/2020.

The well-bred youngster had an amazing start to her career as from seven race starts, she won three and was second in the other four appearances.

“Taking out the award for her age group was something special, her owners were over the moon with the recognition,” said her trainer David Thorn.

Anntonia had a massive season after showing her class at her very first start when she won at Tabcorp Park Menangle.

She then headed to Bathurst and was runner-up in a heat of the Gold Tiara before being narrowly beaten by Joanna, who rated a staggering 1.53.8 to win the Series final.

Anntonia was then spelled and returned to racing in August, winning at Penrith which led into the New Breeders Challenge Series.

A second in her qualifying heat was followed by a strong win in the semi-final.

She then had to settle for second behind Soho Almasi in the final on October 24.

“We have set Anntonia a very busy schedule for her return to three-year-old racing and are hoping that it will be another successful season for her,” said Thorn.

“She trialled at Penrith last week and looked sharp without being pressured.”

Tonight, she will start at prohibitive odds to take out Race 2 at Penrith, a pipe-opener for bigger things to come.

“The run tonight should top her off nicely for the NSW Oaks Heats,” said the Menangle trainer.

“Shortly after the Oaks we will take on the Gold Bracelet at Bathurst and then the Australian Pacing Gold Series follows not long after that.”

Thorn believes Anntonia has the constitution to handle all the hard racing that is ahead of her.

“I have always thought the longer distance of the Oaks would be to her liking,” he said.

“She is a true Bettors Delight type who doesn’t over-exert herself at home but knows to perform on race day.”

Thorn has been lucky enough to have had some smart fillies in his barn over the past decade, including Vertigal and Shezallapples.

“I cannot compare the three fillies as they raced at different times,” he said.

“But Anntonia does give me a great feel and has the potential to get even better over the next few seasons.”

Trainor has one more hurdle before the party start...
Anntonia putting a spring in Blake’s step
Thorn muscles up for the challenge
One more major hurdle awaits Trainor
About author