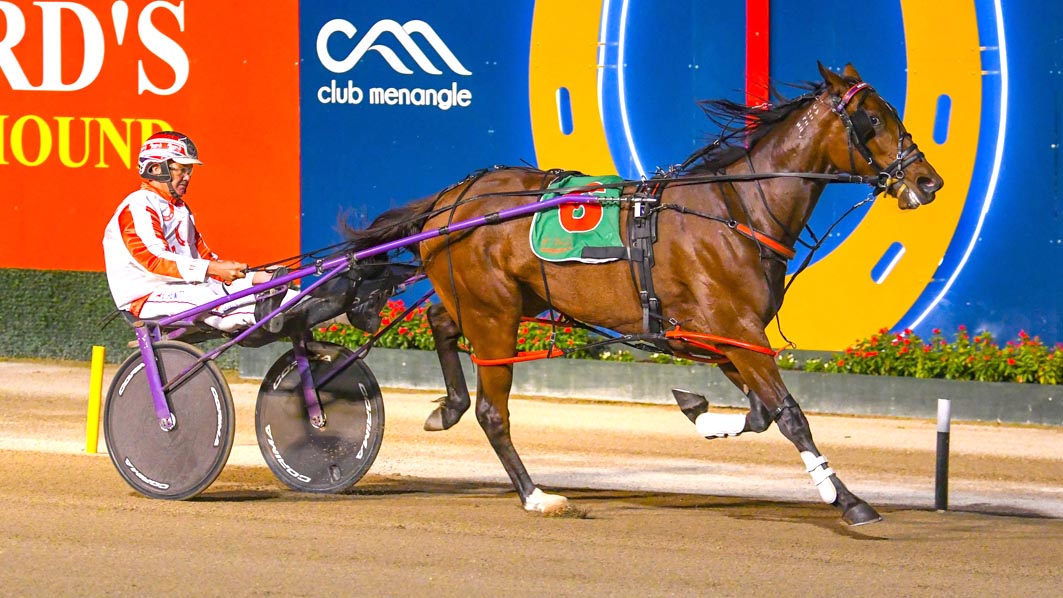 On target for more Group One glory

QUALITY stablemates Ripp and Jewel Melody are on target for more Group One glory thanks to their victories at Club Menangle. Prepared by respected...

QUALITY stablemates Ripp and Jewel Melody are on target for more Group One glory thanks to their victories at Club Menangle.

Prepared by respected horseman Bernie Hewitt, Ripp and Jewel Melody were simply a class above their rivals in Australian Pacing Gold heats.

As such the pair have secured berths in the Gold Bullion Finals at the world class venue on April 30.

Last month Ripp and Jewel Melody were triumphant during Bathurst’s famed carnival, with the former capturing the Gold Chalice, while the latter won the Gold Tiara.

“I simply couldn’t be happier with both of them,” Hewitt said. “They are both in terrific form and did it pretty easy in their heats.

“Hopefully they will do just as well in the Finals, which I can’t see any reason why they won’t.”

With Doug Hewitt in the cart, Ripp worked to the lead from barrier three before completing a seven-metre win from Muscle Bart.

“I really like him and think he can got a fair way,” Hewitt said. “He had a nasty injury about this time last year which made him miss the Bathurst Gold Crown.

“He went through a dry creek bed and stripped his back leg right into his tendon.

“He had all the time he needed to recover and I’m pretty pleased with the way he has come back.

“He’s had five starts for four wins and third, so you can’t ask for much more from him.”

Hewitt partnered Jewel Melody, which led throughout from barrier six to cover the 1609-metre sprint in 1:53.8 as Avyanna and Wishesfromheaven filled the placings.

The daughter of Captaintreacherous extended her record to three wins and three placings from six starts for earnings of $74,050.

“She is a very nice filly which is getting better as she goes along,” Hewitt said. “It’ll be another step up in the Final for both of them, but if they draw well and get an even run at it, they will be hard to beat.”

Second best decision could lead to Group One succe...
Maturity the key to strong form
Round three to take place on Sunday
Prince to extend reign down south
About author