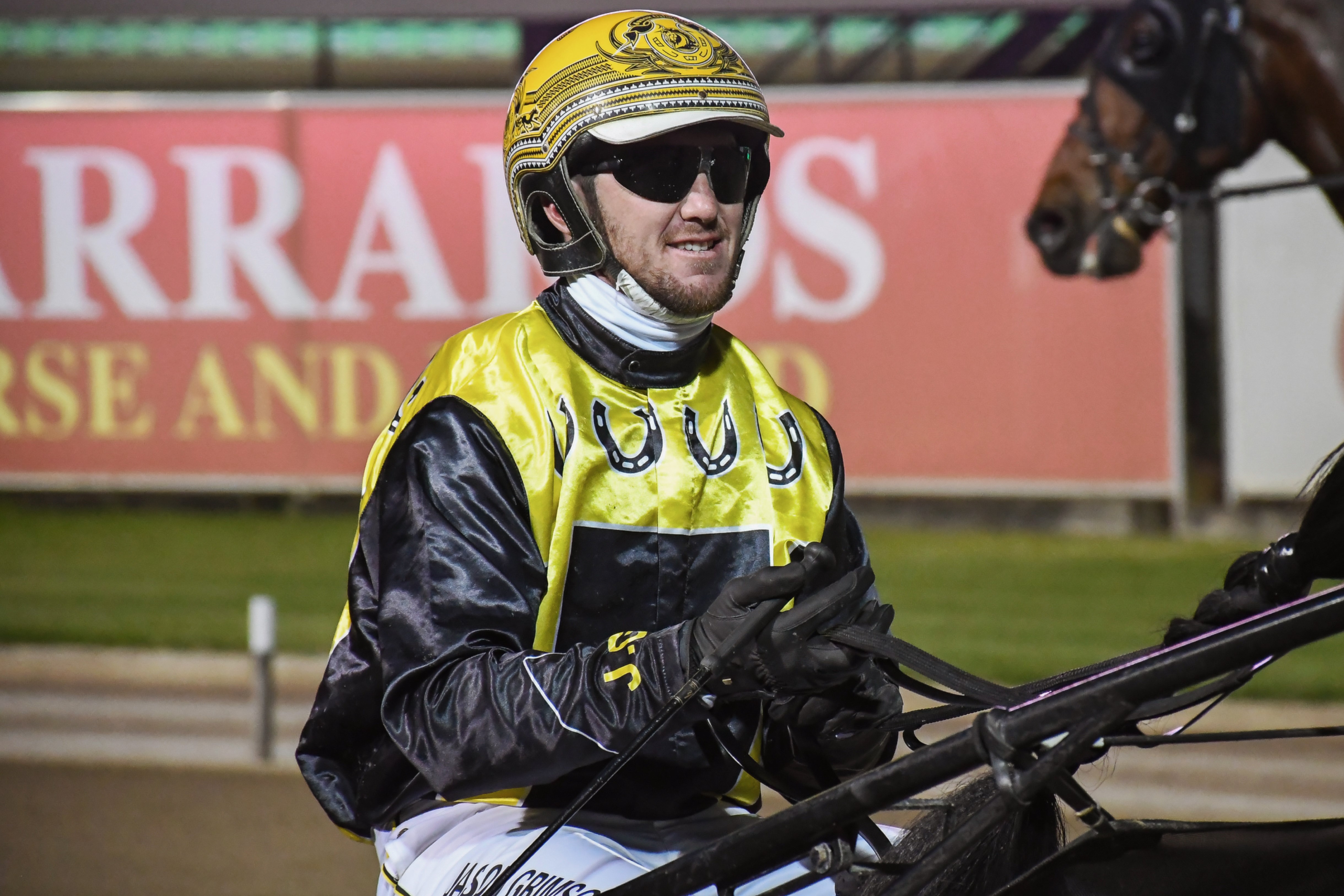 Jason Grimson4 Penrith46
IT was a fitting return to the Riverina Paceway for trainer Jason Grimson on Saturday night. Grimson, who grew up in Young was born...

IT was a fitting return to the Riverina Paceway for trainer Jason Grimson on Saturday night.

Grimson, who grew up in Young was born into the sport, with his father Colin being a well-respected trainer-driver in the 80s and 90s around the country areas.

Six years ago, after completing an apprenticeship under his father and working for his good friend Michael Hardy in Young, Grimson made the decision to pack up and move to Sydney to concentrate on harness racing full time.

Jason worked for a several stables when he first went to Sydney, and quickly racked up more than 200 winners.

He then made another significant decision when he went out on his own to train a team of horses at the Club Menangle training complex.

On Saturday night, Ideal Dan gave Grimson his third Group 1 victory in the Milbrae Quarries Riverina Championship final for the Entries and Geldings.

The win was extra special for Grimson as it was in an area where he was first introduced into the sport.

“I used to do a lot of driving in Wagga at the old track,” said Grimson.

“The new track there is state-of-the-art and gives all runners a fair chance.

“I had Saturday’s race in mind for this fellow a long time ago and after he went so well in the heat, I was quietly confident that we would be hard to beat in the final.”

Ideal Dan was driven by another former Riverina local in Cameron Hart, who grew up just down the road at Junee.

Hart did not hesitate, sending Ideal Dan to the top and after enjoying a comfortable in front proved too hard to run down.

It was a successful night for Grimson and Hart as they combined to land a winning treble with Sugar Apple and Chrissy Chic scoring earlier in the night.

Racing returns to Penrith tonight, where an eight-race program kicks off at 6:22pm.

The David Waite-trained Little Cessna, in Race 2 will be looking to continue on his winning way after scoring back-to-back wins at Penrith and Bankstown.

The in-form pacer is one of a big team that Waite has engaged at the meeting.

Waite’s stable is currently experiencing a purple patch of success.

Ready to make a Breeders Challenge impact
Lining up for a ‘Lucky’ hat-trick
Trainor, Grimson on the crest of a wave
Penrith July 20: McCarthy, Pizzuto eyeing a treble
About author