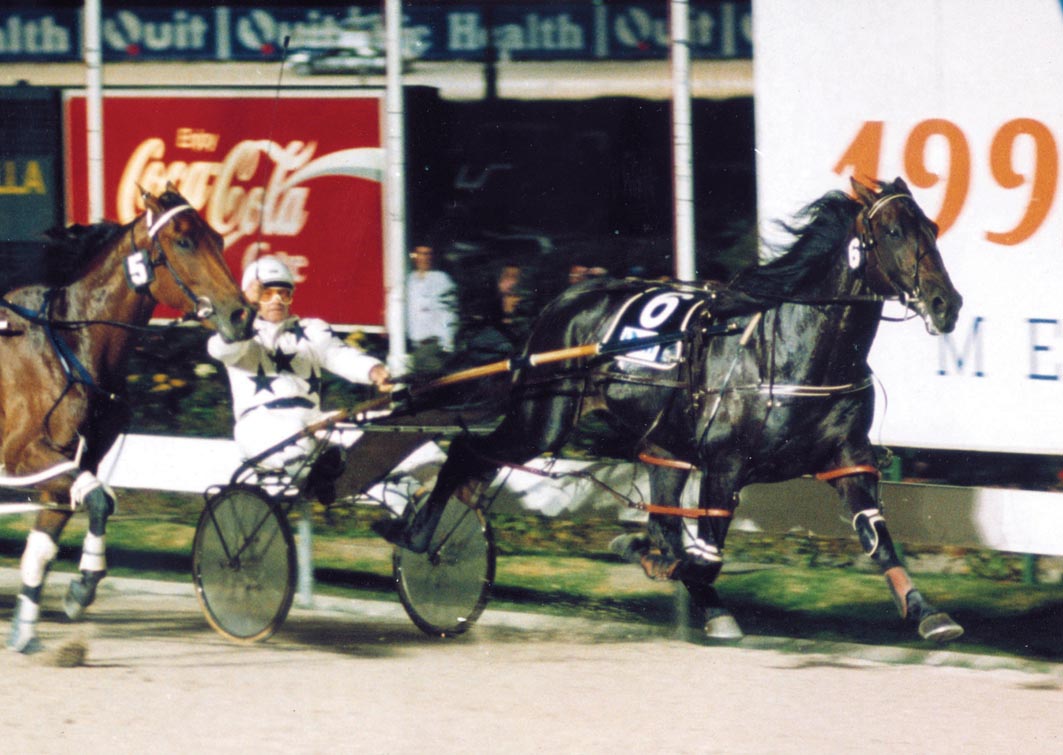 One of the all-time greats passes

ONE of the all-time greats has been lost to the industry. At a ripe age of 34, champion pacer Westburn Grant died at the...

ONE of the all-time greats has been lost to the industry.

At a ripe age of 34, champion pacer Westburn Grant died at the property of his trainer and co-owner Vic Frost yesterday.

Affectionately-known as Spot, the stallion was the best pacer in the Southern Hemisphere during the late 1980s and early ‘90s, capturing an unprecedented 14 Group Ones on both sides of the Tasman.

The product of a free service to Land Grant, Westburn Grant registered a remarkable 38 wins, 11 seconds and seven thirds from 67 starts.

With earnings of $2,074,916, Westburn Grant was retired as Australasia’s richest standardbred.

He was the first horse to be Australian Horse of the Year three times, was a triple Grand Circuit champion and an Inter Dominion winner.

“I feel like I’ve lost my best mate,” Frost declared. “It was a pretty ordinary day.

“You know it’s going to come but it’s still a mess when it does come.

“I’ve had him all his life and he’s had a fantastic run, so I can’t grumble.”

Winner of his three starts as a two-year-old, Westburn Grant signalled his greatness with a phenomenal three-year-old campaign, which netted 11 wins and two placings from 13 starts in Australia and New Zealand.

Westburn Grant’s victories for the term include the New South Wales Derby at Harold Park, which he won by 21 metres – a performance Frost regards as his superstar’s greatest performance.

“His Derby win in Sydney was his best,” Frost said. “We led and were taken on that night by Rockleigh Victory but he just ran away from them in the straight.

“The most emotional win was Cup in WA after our son Garry died. We just got there when we got news of Garry’s death and had to fly back, so you can imagine how we felt.

“But we returned for the Cup and Spot won in his honour.

“Then there is the Inter Dominion…to come back and do what he did was amazing.

“I had so many problems with his feet before and during the series, worked him on beach and put so much into him to get him there and he got the job done.

“He was a champion in every sense of the word and will be missed.”

Final to be a highlight of the season – Miel...
Brave drawn to scalp Group Two rivals
Randos hold the key to success
Timely ‘splash cash’ thanks to drought...
About author