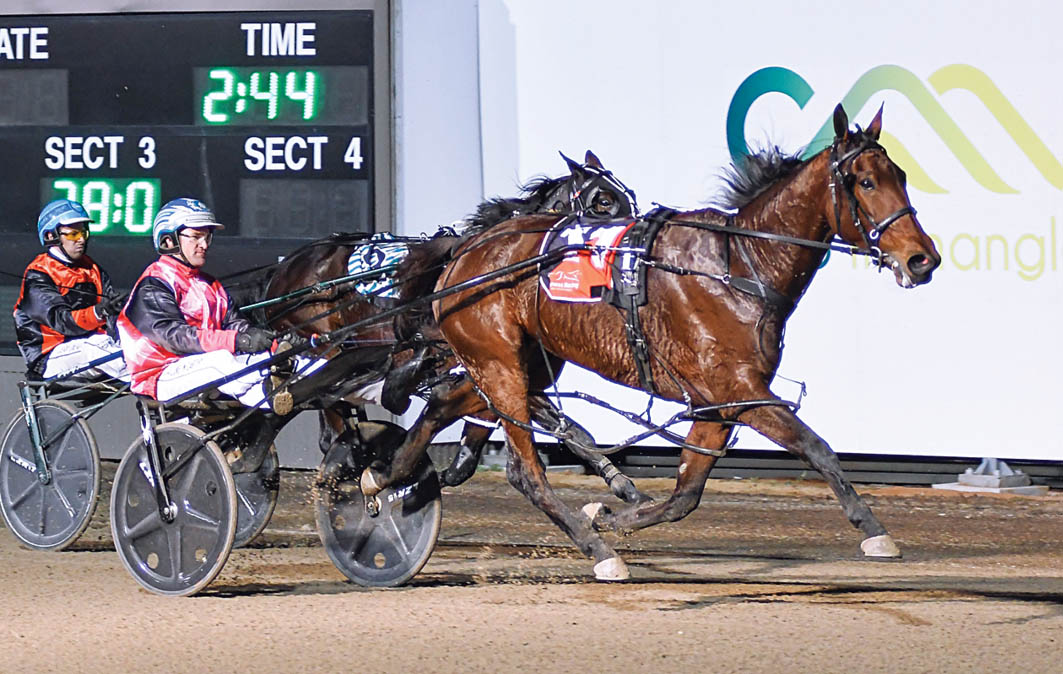 SEVERAL mares from the Craig Cross stable have been earmarked for a northern campaign. With several suitable features programmed in Queensland next month Cross...

SEVERAL mares from the Craig Cross stable have been earmarked for a northern campaign.

With several suitable features programmed in Queensland next month Cross will send a boutique team across the border.

The Cross crew will include a host of mares which will target events such as the Queen Of Hearts and Fleur De Lil Ladyship Stake at Albion Park.

“There’ll be quite a few going to Queensland for the Winter Carnival,” Cross said. “A number of those will be mares as there are a couple of good races on during July.

“There is already someone from the stable there getting settled in and being ready for when the horses arrive.”

Before they venture to the Sunshine State, however, the mares will clash at Club Menangle on Saturday night.

Cross has five members of the ‘fairer sex’ in the Frith Stake, with Speak No Evil considered his best chance.

The daughter of Well Said will be joined in the Group Three by her stablemates Black Silhouette, Island Banner, Molly Kelly and Delightful Tara.

Although drawn wide in barrier eight, Speak No Evil is the $3 TAB Fixed Odds favourite.

Molly Kelly is considered her biggest danger at $5 from gate 10.

“They are all nice mares and capable of winning with the right run on the night,” Cross said. “Speak No Evil and Molly Kelly have a little on the others and are the pair to beat.”