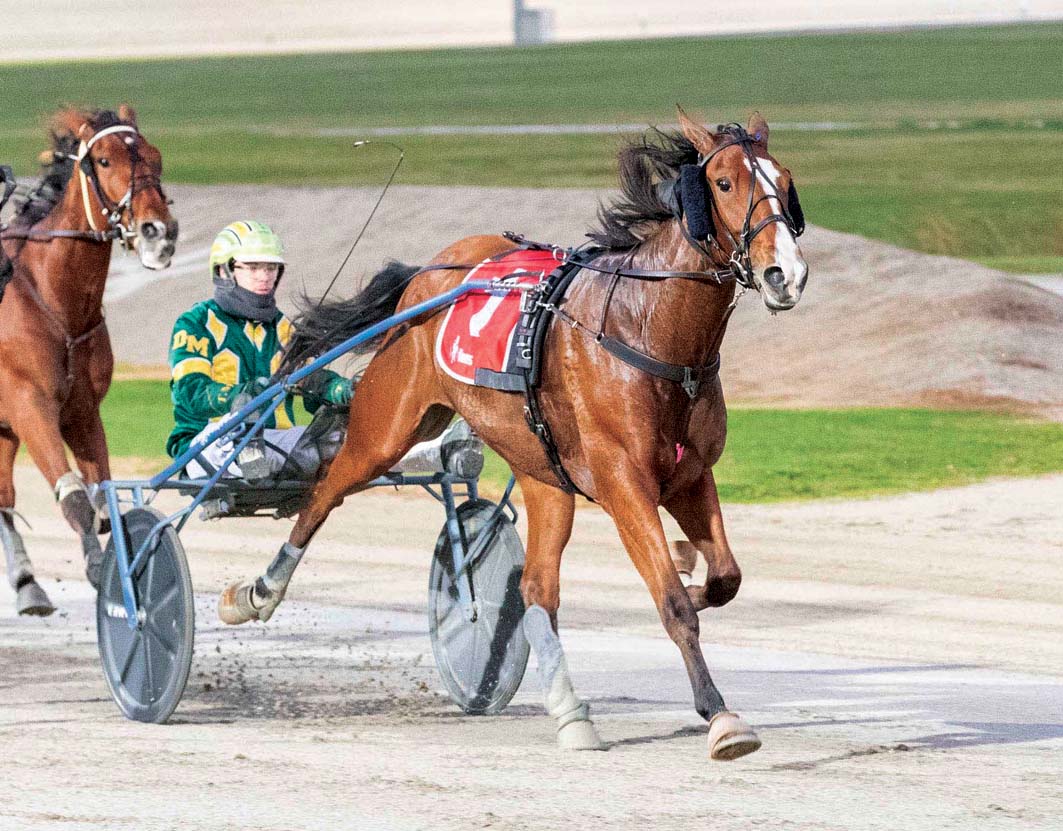 PROMISING mare Imsettogo faces a tricky task in her bid to return to the winners’ circle at Tabcorp Park Melton on Saturday night. Along...

PROMISING mare Imsettogo faces a tricky task in her bid to return to the winners’ circle at Tabcorp Park Melton on Saturday night.

Along with a wide draw, Imsettogo will once again clash with Zigzagzoo, which beat her by a half-head last weekend.

On that occasion Zigzagzoo led from the pole while Imsettogo was three-wide from her outside of the second row draw before occupying the ‘death seat’.

As for their pending encounter, Zigzagzoo is once again in a position to find the front from barrier two.

The son of Majestic Son is undefeated from two starts for trainer Andy Gath since arriving from New Zealand.

Imsettogo will come from gate six as a result of her ODM status, which she received after beginning badly and trailing the field three starts ago.

The daughter of Used To Me bounced back with her a win at her following outing and has four victories from her past six starts.

“With the exception of her behaviour a couple of starts ago she has been in terrific form,” Golino said.

“I thought her run last week was terrific…after doing all the work she was only being beaten by a narrow margin.

“She came through the run fine and is ready for another go at it on Saturday night.

“The draw has once again made it hard on her, with Zigzagzoo clearly the one to beat.”