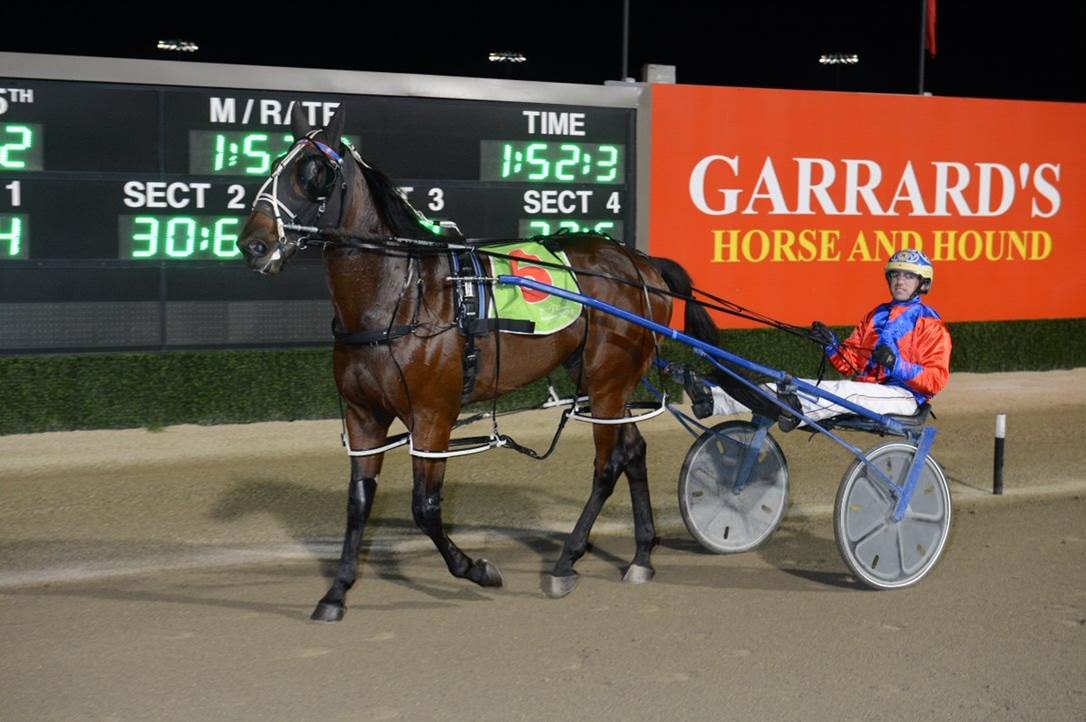 Perfect warm-up for the Breeders Challenge

My Ultimate Byron7 Penrith46
THE New South Wales Breeders Challenge Series is fast approaching, and officials are hoping the situation with the Covid-19 outbreak across the state improves...

THE New South Wales Breeders Challenge Series is fast approaching, and officials are hoping the situation with the Covid-19 outbreak across the state improves to allow the qualifying heats to proceed at the tracks earmarked to hold them.

Menangle-based trainer Jarrod Alchin is looking forward to competing in the series with several of his talented juveniles with his mainstay being the unbeaten two-year-old, My Ultimate Byron.

The gelded son of Somebeachsomewhere raced three times in April, keeping his 100 per cent record intact at Tabcorp Park Menangle when he destroyed a smart field in the Group 1 Australian Pacing Gold two-year-old Colts and Geldings Gold Bullion Final.

Our Ultimate Byron had shown his class in three qualifying trials at Menangle before he headed to Newcastle on debut where he showed his ability to beat his more-experienced rivals by a space.

The collective margin between him and those he has beaten in three race starts is an impressive 48 metres and already he has earned connections more than $77,000 in stakes.

Tonight, Alchin heads to Penrith to give the star pacer a look at the track before he contests the Breeders Challenge heat which is scheduled there for September 23.

“Depending on how things go tonight, this will probably be his last run before the heat of the Breeders Challenge,” said Alchin.

“Originally, I was going to trial him at Menangle but when I saw this race programmed, knowing he would draw well and with the opportunity for his regular driver Cameron Hart to be able to drive him, I thought it was a better option to give him a run.

“He is definitely forward enough to be able to win this race.

“He has lightening gate speed and plenty of bottom, as we have seen.

“So, I have no concerns over taking on the older horses, despite there being some well-performed pacers in the race.

“I have been waiting with anticipation to get him back.

“He is an exciting young pacer and I believe he is one of the top three seeds heading into the series.

“I have the utmost respect for horses like Mister Rea and Smaltese and there is plenty of others that have shown potential.

“But I feel our bloke is special and he is ready to rock.”