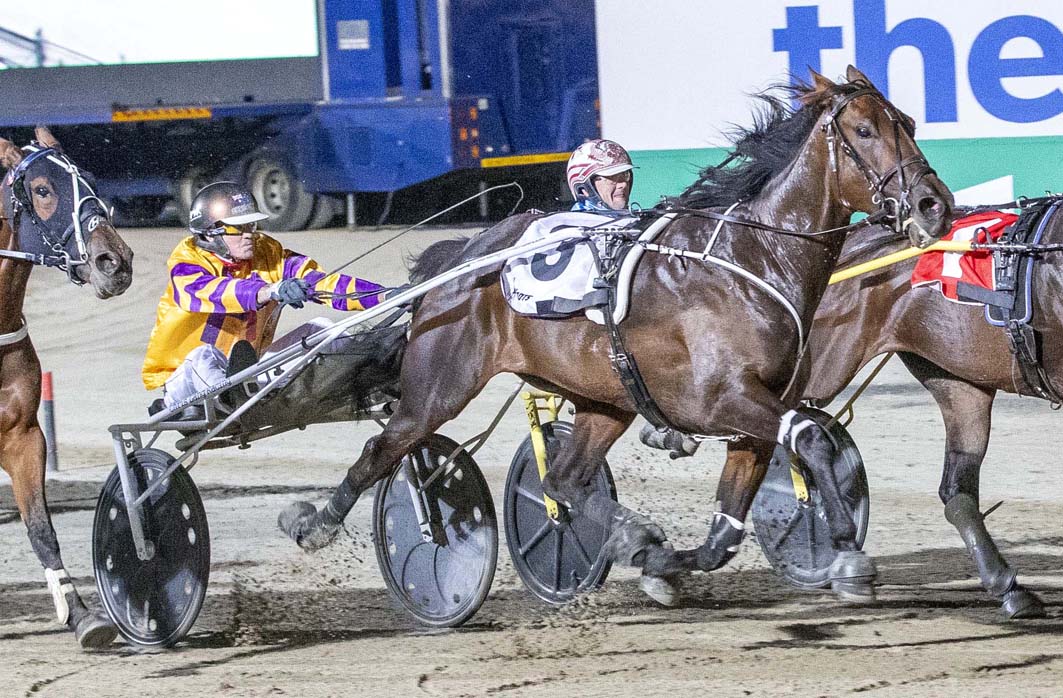 A HUGE sigh of relief was released by Chris Lang as Perfect Polly scored at Tabcorp Park Melton last night. Given Perfect Polly is...

A HUGE sigh of relief was released by Chris Lang as Perfect Polly scored at Tabcorp Park Melton last night.

Given Perfect Polly is named after one of the stable’s long time owners Lang admits he has been “under a lot of pressure” while preparing the trotter.

With the filly unbeaten from two starts – the latest in the Group One Home Grown Classic – Lang stated the pressure has been eased, but is in no way a reason to “rest on our laurels”.

“Richard Matthews has been racing horses with us for a long time and was the first to return to our stable after we came back into training,” Lang said.

“He bred this filly and told me has he has been waiting 25 years to have one good enough to name after his wife.

“That put me under a lot of pressure to make sure she lived up to expectations.

“Winning her first two starts, with the second being a Group One has eased the pressure, but we can’t rest on our laurels moving forward.”

With Lang in the cart, Perfect Polly worked to the lead from barrier three as Appearfromnowhere was eased to take a trail.

Forced to dig deep during the latter stages the daughter of Muscle Hill staved off a late challenge from Appearfromnowhere along the sprint lane to score by a short half-head.

“She has come a long way in the last month,” Lang said. “I was having a lot of trouble getting her shoeing right so her action wasn’t as good as I’d like.

“I was on the verge of sending her to the paddock, but after the last change I made she started trotting better and hasn’t stopped improving.

“She will head to the paddock now before I get her ready for the big races at the end of the year.

“She’s well staked being in the APG Sales series, Sires’ and Breeders’ Crown.”