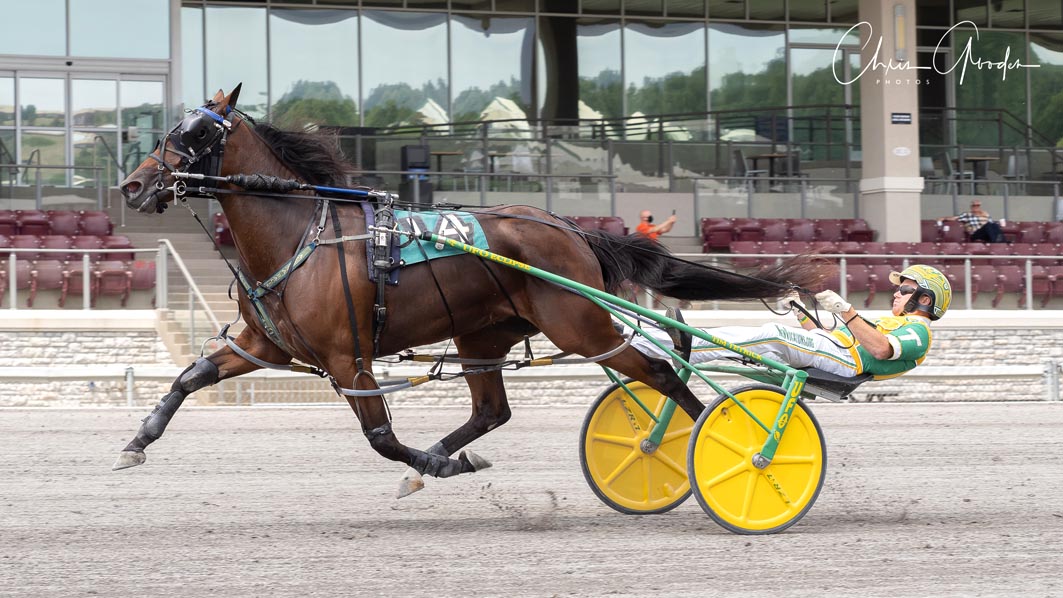 Records tumble at The Meadows

IN A lively affair full of movement, Marsala Hanover made the best move last en route to victory in Wednesday’s Meadow Cheer, a $206,133...

IN A lively affair full of movement, Marsala Hanover made the best move last en route to victory in Wednesday’s Meadow Cheer, a $206,133 Pennsylvania Sire Stake for freshman filly pacers, at The Meadows.

Marsala Hanover zipped to the lead from post seven for Scott Zeron only to see the three-wide Continualou overtake her before the quarter. That was the signal for Uptown Hanover to seize the point from fourth. Continualou attacked again with Marsala Hanover in tow — and all this before the half. When Marsala Hanover passed the hard-used Continualou, she was in front to stay, defeating Thebeachiscalling by a half length in a career-best 1:52. Mackie Hanover rallied for show.

“That’s the first time we’ve really called on her,” Toscano said. “We’ve tried to protect her a little bit, and she’s been the beneficiary of great trips. Today she had to make her own trip. Scott used her hard, and she fought hard to the wire.”

Zeron, however, said he never doubted the daughter of Captaintreacherous-Marinade Hanover would have enough in the tank.

“She’s really a professional horse,” Zeron said. “I knew that I could leave with her and she would relax for me. I would have been content to sit behind Continualou, but the brigade kept coming. The way mine felt up the backstretch, I thought I would let her go her own speed and try to get command of the race. I didn’t think she’d give up, and she didn’t.”

When Odds On Whitney’s big brother appeared at The Meadows July 25, all he did was fly to a world-record 1:47.1 in an elimination of the Delvin Miller Adios Pace for the Orchids. Alas, it was the final race in the career of Papi Rob Hanover, as a fractured coffin bone forced his retirement.

Tim Tetrick had an opportunity to drop in third early with the daughter of Somebeachsomewhere-Panera Hanover, but he abandoned the cones after a few steps.

“She was a touch on the aggressive side,” Tetrick said. “I thought she was the one to beat, so I put her where she could get there easiest. Her breeding says she has a lot of capability. She did it easily today.”

The other stallion series splits went to Darby Hanover and Atomic Fireball.

Darby Hanover began her career in sires stakes, but she has thrived in the stallion series, as she won her third straight leg and nailed down a spot in the $40,000 championship. Winning driver Zeron, who quarter-poled to the top with the daughter of Betting Line-Darena Hanover, said the shift has suited her.

“She’s so comfortable in this class,” he said. “She’s been finishing strong, and that’s the thing you want most for a two-year-old filly. I think the shift was the right move; hopefully it pays off next year.”

Demon ready to fire
Astute trainer hoping for omen connection
Stanley doesn’t mind clocking up the ‘...
Step up in class for promising trotter
About author