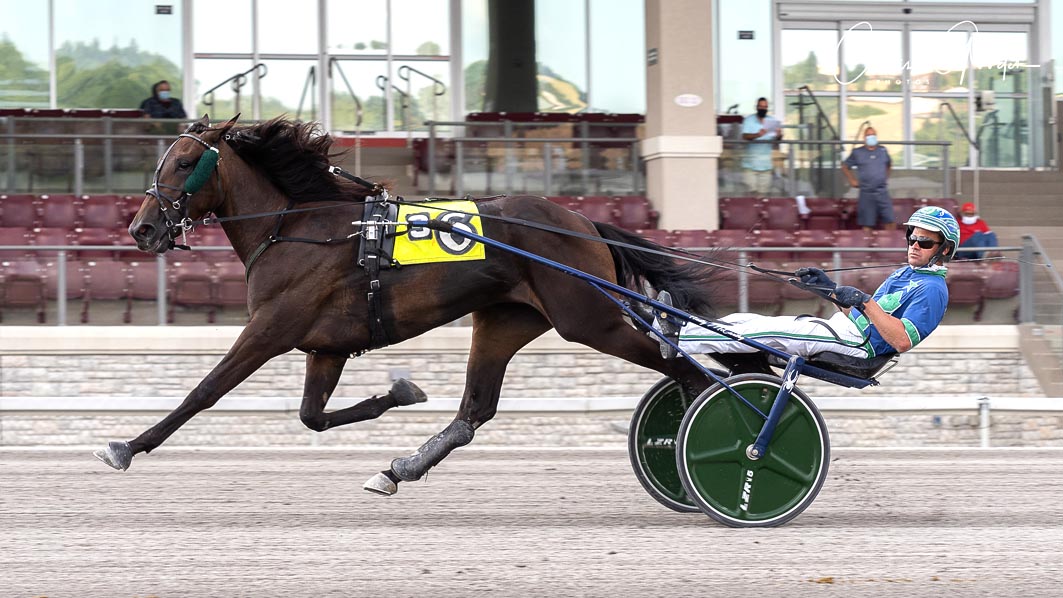 Fresh from capturing Saturday’s Hambletonian with the fantastic filly Ramona Hill, McCarthy continued his roll at The Meadows yesterday when he swept a $205,032 Pennsylvania Sires’ Stake for two-year-old trotters.

Flawless Country had a straight forward path to the winners’ circle in the event known as the Delmonica Hanover, zipping to the point from post four and easily turning back the first-over You Ato Dream to down her by a length in a career-best 1:55.

“Her connections told me she drives like a car, and she did,” McCarthy said. “I think she’ll go a long way.

“She has very good manners and high speed. I had to tell her what to do a little bit, but she responded and got the job done.”

Anoka Hanover’s journey was more circuitous — at least for the opening panel, when Pub Crawl looped her and left her parked out.

“I really like this one,” McCarthy said. “She still has a lot to learn, but she’s very powerful and has a great gait and a willing attitude.

“I was hoping I could sink into a spot and maybe come first over with her, but it didn’t work out that way. But she’s a very strong filly.”

The daughter of Donato Hanover finally crossed over at the three-eighths and had little trouble from there, scoring in 1:55.