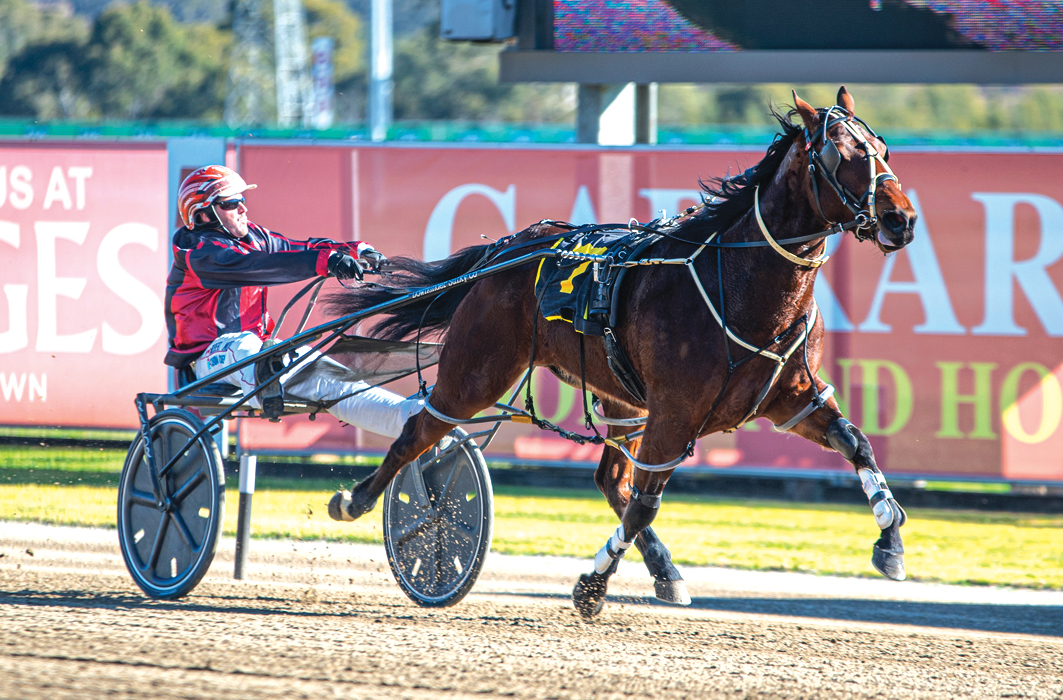 TO SAY Balraj’s connections are confident ahead of Saturday night’s Club Menangle meeting at Tabcorp Park would be an understatement. As far as the...

TO SAY Balraj’s connections are confident ahead of Saturday night’s Club Menangle meeting at Tabcorp Park would be an understatement.

As far as the crew are concerned Balraj is as close to a certainty as death and taxes in the Menangle Country Club Open February 7 Pace.

Undefeated from seven Australian starts, the Anthony Simiana-trained pacer has drawn to find the lead from three.

According to part-owner Mitch Dickens, who followed his grandfather Bernie Dreschler into the industry, Balraj is a cut above his rivals.

“We think he is one out the box,” Dickens said. “I’ve been involved with a number of horses and he is clearly the best I’ve had anything to do with.

“I keep touching wood for being so lucky to have him and hope he can keep climbing to the top.

“From his draw he should find the front and be too good for them.”

With the belief Balraj can continue his rapid rise through the grades, Dickens revealed the son of Art Major is being prepared for a test against the southern hemisphere’s best four-year-olds.

Beginning with the Hondo Grattan Stake on February 8, Balraj’s main mission is the Chariots Of Fire at the world class circuit a fortnight later.

“We’d like to see him in the Chariots Of Fire,” Dickens said. “We realise that’s a big step up, but he has so much raw ability.

“He has untapped potential, and not only is it a dream to be in a race like that, it would be a good test to see where he is at.”

HOOFNOTE: As the race name suggests, the Menangle Country Club opens on February 7, with more details about the venue available by clicking here.