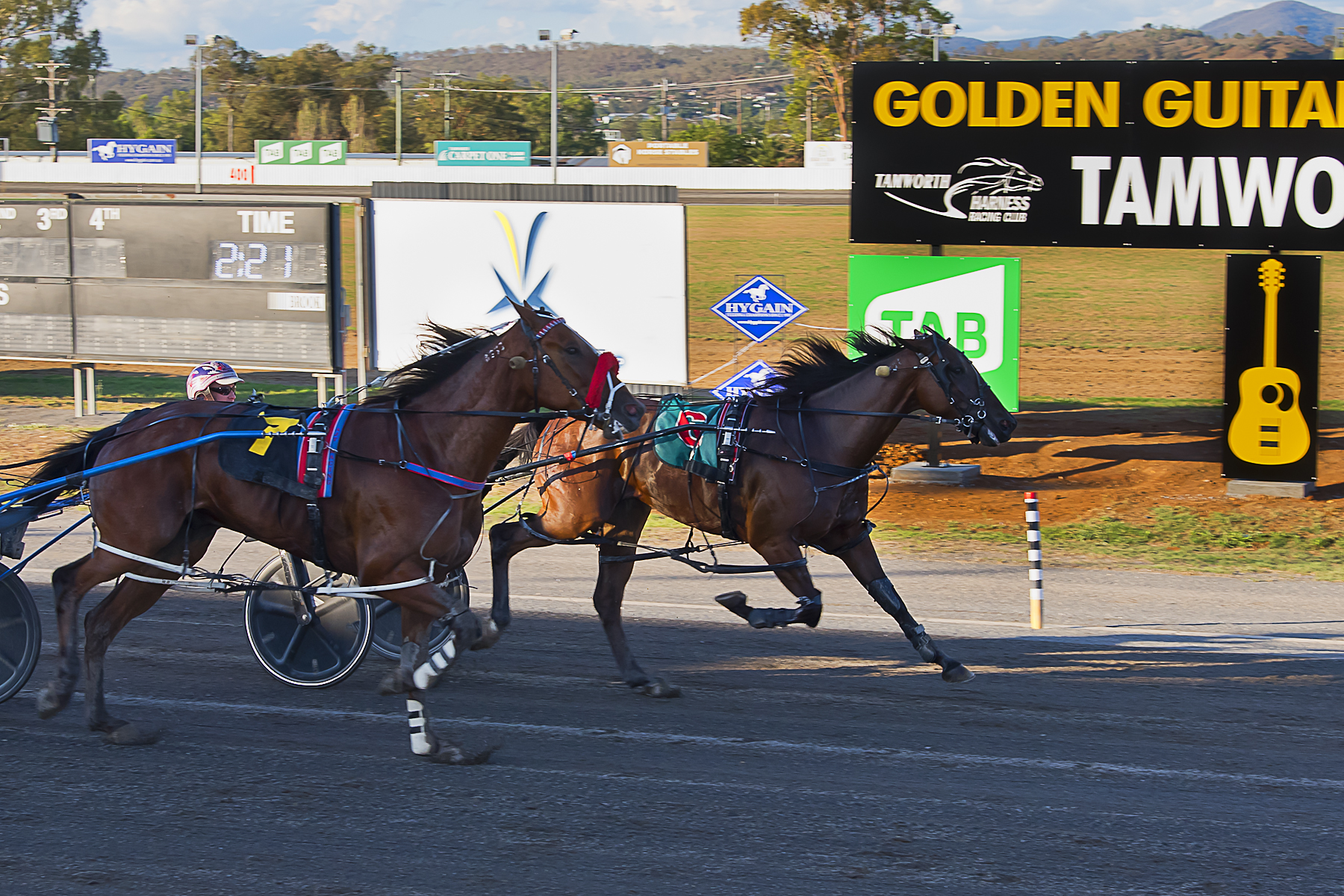 Golden Guitar8 Tamworth29
IT’s the quiz that keeps everybody guessing! Who will lead, who will take a trail and how will they field settle? Tonight’s running of...

IT’s the quiz that keeps everybody guessing!

Who will lead, who will take a trail and how will they field settle?

Tonight’s running of the Multiquip Golden Guitar is no different with some quality pacers contesting the prestigious race at the Tamworth Paceway.

The likely leader is Bathurst pacer Ziggy Rocks, which earned his spot after taking out the third heat, showing blistering speed to lead throughout from gate three for trainer-driver Mat Rue.

Mid-race pressure from The Choreographer did not waiver Ziggy Rocks, which raced away from the field at the 400-metre mark before being challenged by Loyola Trios down the home straight.

“I heard a horse coming and then I heard Amanda (Turnbull) yelling and I thought that’s the last person I want to hear, but we held on,” Rue said.

“You appreciate beating Amanda sometimes because when it is only you and her then nine times out of 10, she will get you.”

While Ziggy Rocks rated 1:57.7 in his heat win, Leonidas from the Blake Fitzpatrick stables registered the fastest heat mile rate of 1.56.3 from the five heats contested and is the likely favourite tonight, despite an awkward draw.

Still, Rue is no stranger to Tamworth and has an impeccable strike rate when he does compete here.

“I reckon it’s been about 12 years since I was last here – I must have been young – but I haven’t been here without driving a winner,” Rue said.

“I did win the Tamworth City Cup one year.

“In high pressure races like this, often the horses who don’t do much work early end up winning it.

“It will be a tough field and I think Amanda Turnbull and Obi One will still be the ones to beat, but he (Ziggy Rocks) continues to surprise me every time he goes around.”

“He has been a surprise package this horse,” Rue said.

“About 12 months ago he was a mediocre horse and we gave him a spell and not in my wildest dreams did I think he would come back this strong.

“He is not a top horse but he is a handy horse.

“He was really ramped up for the heat race and it was a nice run.

“That will have topped him up a bit more so it’s been more about recovery than anything before the big race.”

Of the heat winner four represent the  Hunter Valley in Battle Chimes (barrier one) from the Cameron Davies stables, Roll With Lachlan for the Geoff Harding stables (barrier three), Wet My Whistle for the Clayton Harmey stables (barrier four) and Ashark (barrier seven)  from the Melanie Elder stables making the final.

The 2020 running will see the first time a brother and sister contest the race with Melanie Elder as trainer and younger brother Brad as driver.

Sydney-based Fitzpatrick has two runners with Leonidas (barrier 11) and He Bettor Step Aside (barrier nine) while Deeorse was the first emergency.

The lone Queensland runner is Majordoit for the Tim Gillespie stables, who has barrier 10.

Gillespie won the 2004 Golden Guitar with Fire Ant when the prizemoney of offer was a mere $8000. 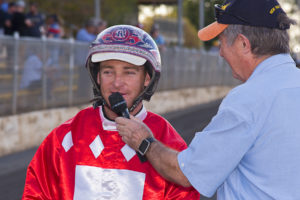 Mat Rue is hoping to lead again with Ziggy Rocks