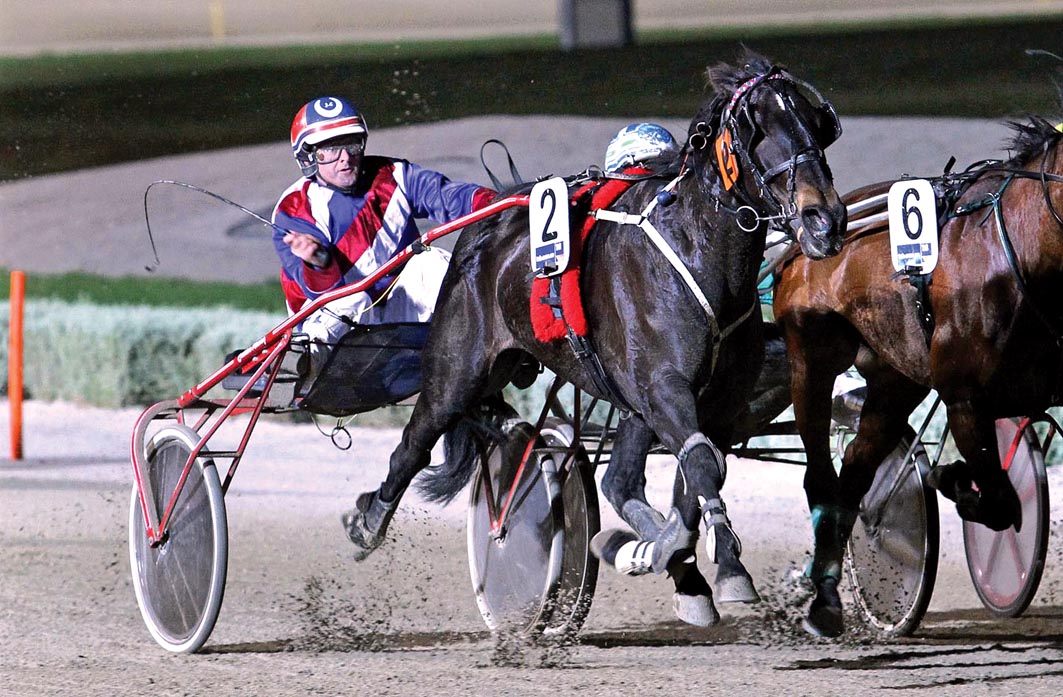 UNBEATEN trotter Tipsy Turvy will enjoy a short break before being aimed at several key features.

Successful in Kilmore last night, the Maree Caldow-trained youngster has been impressive winning her two starts.

With Tipsy Turvy eligible for the Breeders’ Crown and Vicbred Super Series, Caldow has elected to “back off” on the daughter of Bicardi Lindy.

The Breeders’ Crown is scheduled to be conducted in November, with the Vicbred programmed for December.

“She has done really well and come a long way in a short time,” Caldow said. “She’s always shown a bit, but her runs have been really good.

“She goes to another level when she gets to the races, which is great.

“She has the Breeders’ Crown and Vicbred later in season so I will back off on her now.”

Driven by Caldow’s husband John, Tipsy Turvy was given time to settle into her stride from her 10-metre handicap as Jahbella led from the front line.

Sent forward during the middle stages Tipsy Turvy was sent forward to find the lead at the bell as Jade Nien was taken to the ‘death seat’.

Breaking clear along the home straight, the filly completed a soft eight-and-a-half metre win from Jahbella.

Coming from the 30-metre back mark, Jade Nien battled on bravely to be four metres away third.

“She’s strong,” Caldow said. “She has got plenty of bottom to her.

“We had her mother Titillate which was a nice horse for Sue and Evan Crick, who bred and own Tipsy Turvy.”