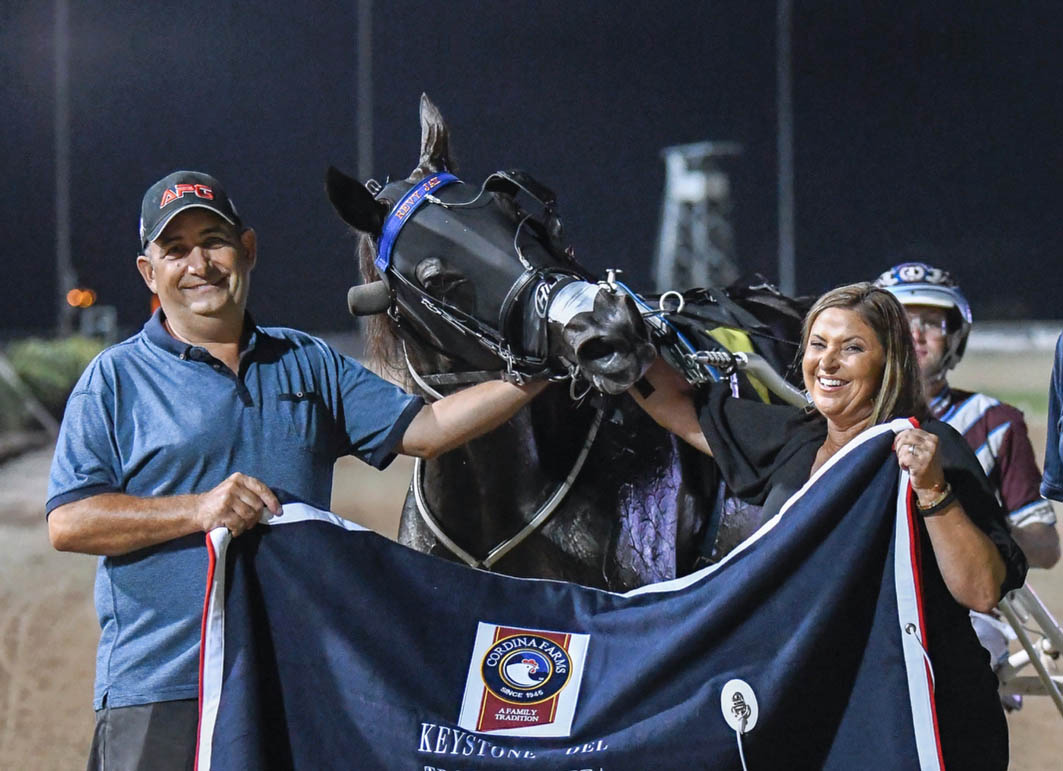 SPEEDY mare Revy Jay earned a shot at Group One glory with her victory at Club Menangle during the weekend. Racing in strong form,...

SPEEDY mare Revy Jay earned a shot at Group One glory with her victory at Club Menangle during the weekend.

Racing in strong form, the Joe and Mary Rando-trained squaregaiter caused an upset in the Group Three Keystone Del Free-For-All.

Thanks to Revy Jay’s win – her fourth from her last eight starts – the daughter of Revenue has earned a berth in the Trotters’ Mile.

The 1609-metre sprint is part of the phenomenal Miracle Mile program at Club Menangle on March 6.

“I know she paid $15, but the win wasn’t a surprise to us,” Joe said. “She’s been racing in top form, with four wins and three placings from her nine starts from a spell.

“It was only a matter of her getting the right run, which is what she got.

“Her form puts her in good stead now for the Trotters’ Mile in a couple of weeks.”

With Jack Trainor holding the reins, Revy Jay was driven brilliantly early to be positioned in the one-one from barrier seven as Arnold worked to the lead.

Angled into the clear at the top of the home straight, Revy Jay unleashed a scintillating sprint to reach the front in the last stride, scoring by a head from Arnold.

“She finished it off terrifically,” Joe said. “About 100 from home she put in a rough one, but just kept on chasing.

“We’ve had horses which know where the line is to get the job done, but she when she’s sprinting that hard she burst through the line and keeps going.

“When we saw spotted her as one to buy from Victoria she didn’t seem as speedy as she is now.

“That speed has developed and come as a pleasant surprise.”