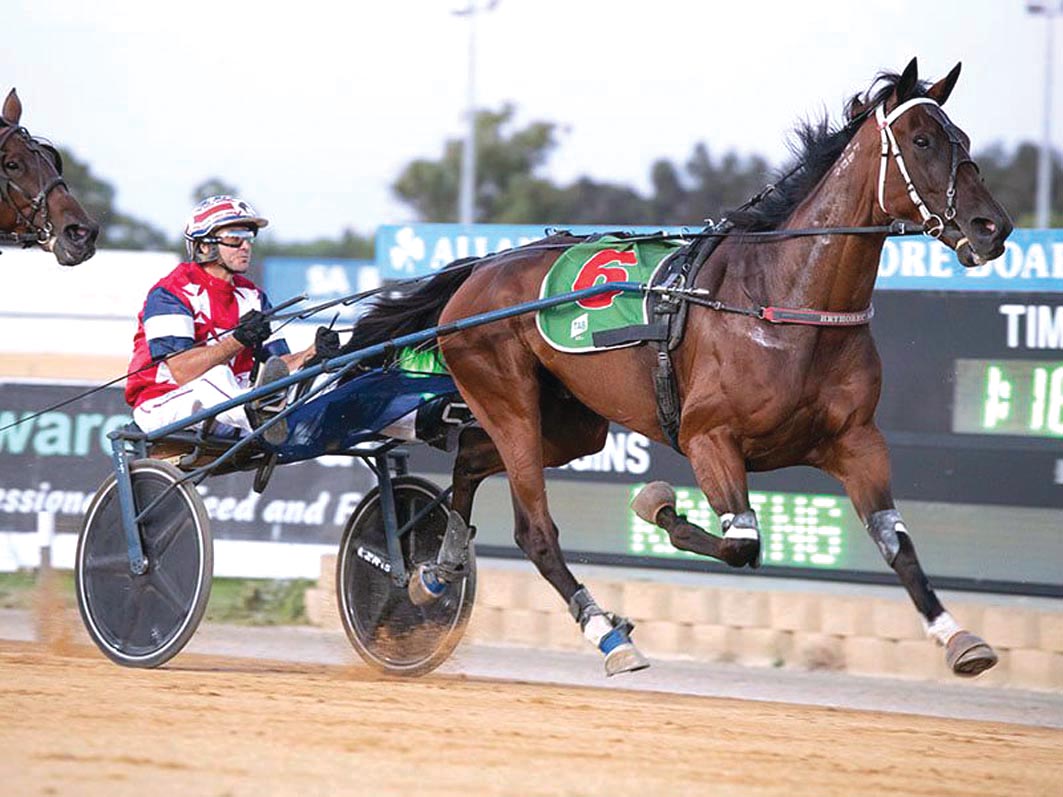 Success comes at a cost

SUCCESS has come at a price for in-form squaregaiter C K Spur.

C K Spur began the series from a taxing 30-metre mark, but was pushed back to 50 metres for the ‘final’.

Given the likelihood of an increased handicap, connections have decided to send the son of Pegasus Spur to New South Wales.

More specifically, C K Spur will be transferred to Belinda McCarthy after making one more appearance for Ryan Hryhorec.

As a ‘pit stop’ C K Spur will contest a standing start at Tabcorp Park Melton on Saturday night “on his way to Sydney”.

“He’s done a tremendous job for us, but by winning such as he has he’s been handicapped out of South Australia,” Hryhorec said.

“It’s unfortunate because he’s the kind of handy horse you want, but when you get one you eventually have to send them elsewhere for better opportunities.

“He’s going to Luke and Belinda and hopefully he can measure up to those at Menangle.

“I put him in a race at Melton on the weekend to see what he can do on his way to Sydney.”

To be driven by another former South Australian – Kate Gath – C K Spur faces a tough task from a 20-metre back mark.

“I’m a bit surprised with his handicap,” Hryhorec said. “I know he is top form, but only one of those wins has been a metropolitan race.

“There are others in the field which have won a couple of metros over the course of their career just as he has and he’s giving them a start.

“It is what it is though and hopefully he can be competitive.”

Our top bets for Menangle, Albion Park and Sheppar...
Geary’s aiming up for another big day
Send It gives Brad a night to remember
Here’s a ‘Chariot’ worth fightin...
About author