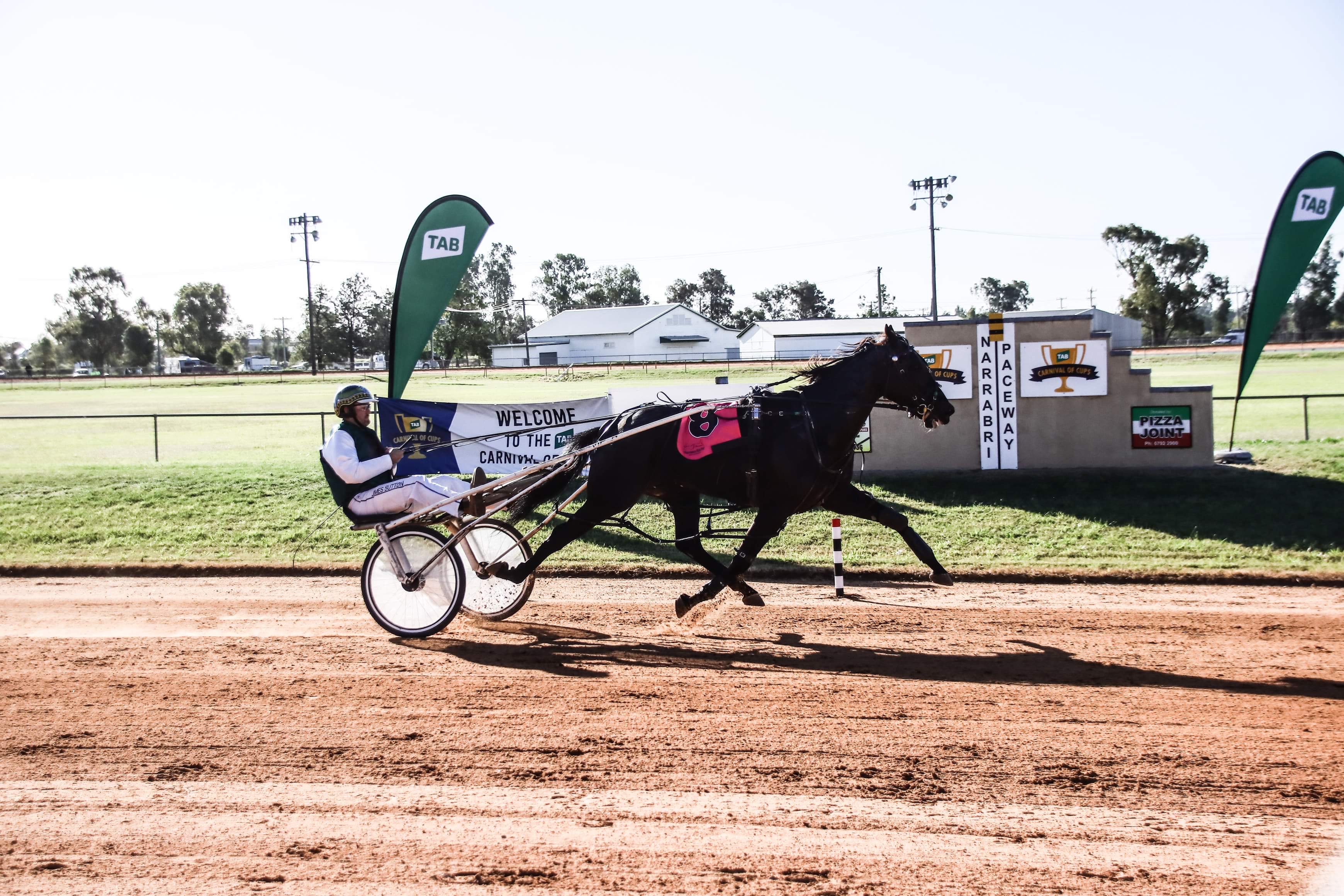 Bid For Stardom1 James Sutton2
ACCOMPLISHED Dubbo reinsman James Sutton made a welcome return to the winner’s circle at last weekend’s Narrabri Carnival of Cups meeting. It was Sutton’s...

It was Sutton’s first drive back from a six-month break and, in his own words, he was worried he might be a bit rusty.

Sutton was taking the reins for Dubbo trainer Greg Pay, who was also welcoming the Narrabri win with his last win at the Narrabri Paceway being back in 1993.

The trainer and driver took out the Shop 2390 Narrabri Cup with Bid For Stardom, a Western Terror-Defining Moment four-year-old gelding who was picking up his fifth career win at race start No. 19.

Bid For Stardom had his last winning success in September, 2020 at Dubbo.

After taking the lead not long after the start from the eight barrier, Sutton let Bid For Stardom dictate terms in the 2560 metre feature race.

“When he got to the front he just started rolling along and I knew he would be hard to catch from there,” said Sutton.

“I was pretty happy with the draw as I like to drive him off the back line as he can be a bit erratic.”

Pay had plenty of cause to celebrate . . . his last success on the Narrabri Paceway was in 1993 with back-to-back wins from Remember Lady, who won a Sires Stakes Heat in the second win.

Roll forward 28 years and although Pay has trained plenty of winners, he finally won the Narrabri Cup – a race he has always wanted to win.

“It was good to win the Narrabri Cup and it was a good drive by James (Sutton),” said Pauy.

“He knows the horse better than anyone.

“This horse is a handful.”

Bid For Stardom scored by 18.7m over Datizit (Madi Young) with Manly Boy (Jake Hughes) four metres away third and clocked 1.59.5 for the 2560 metres.

“She came out of the gate nicely,” said Ison.

“But it was a tight finish in the end.”

All Spruced Up held on to score a neck win over Attahua Ace (Scotty-Jon Welsh) with My Kinda Justus (Blake Hughes) 1.4 metres away third with Ison having his first drive behind the five-year-old A Rocknroll Dance-Spruce It Up mare.

A special win for a lost ‘mate’
About author