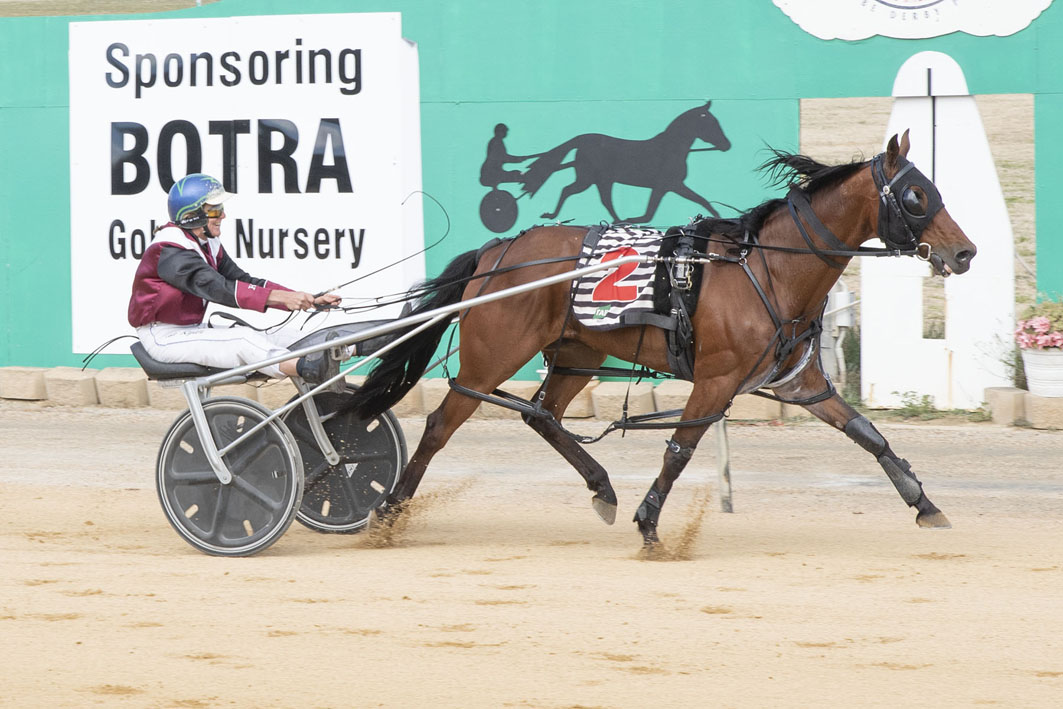 Teacher dishes out a lesson

Trained by school teacher Kathy Pickering, Golden Jaylet had been absent from the winners’ circle during the previous 18-months.

Thrilled with the gelding’s drought-breaking performance, Pickering is hopeful Golden Jaylet can maintain the momentum during summer.

“There was no school yesterday so I was able to race him on a Monday, which suits him a lot better,” Pickering said.

“Usually I have to race him on a Saturday night, which a bit too tough for him.

“During the summer school holidays I can race him a little more regularly during the week, so with a bit of luck he can pick up a few wins.”

Driven by prominent reinswoman Lisa Ryan, Golden Jaylet began quickly to lead from barrier two as Althegirlsinmylife was forced to work hard on his outside.

Beaten for speed along the back stretch as Quadricep dashed to the front with Prince Of Whitby in pursuit, Golden Jaylet was suddenly running third and appeared to be struggling around the home turn.

Digging deep along the home straight, the son of Allamerican Ingot raised another effort to score racing away by six metres from Prince Of Whitby.

“When the other one took off down the back that quick quarter found him out a little,” Pickering said.

“In the home straight though when it became a bit of a staying test he just kept going which was great to see.”

Once-in-a-lifetime horse gets a shot at immortalit...
Can Dan leave Australia on a high note?
Disqualified until 2039
Late Mail for a big day (and night) at Menangle
About author