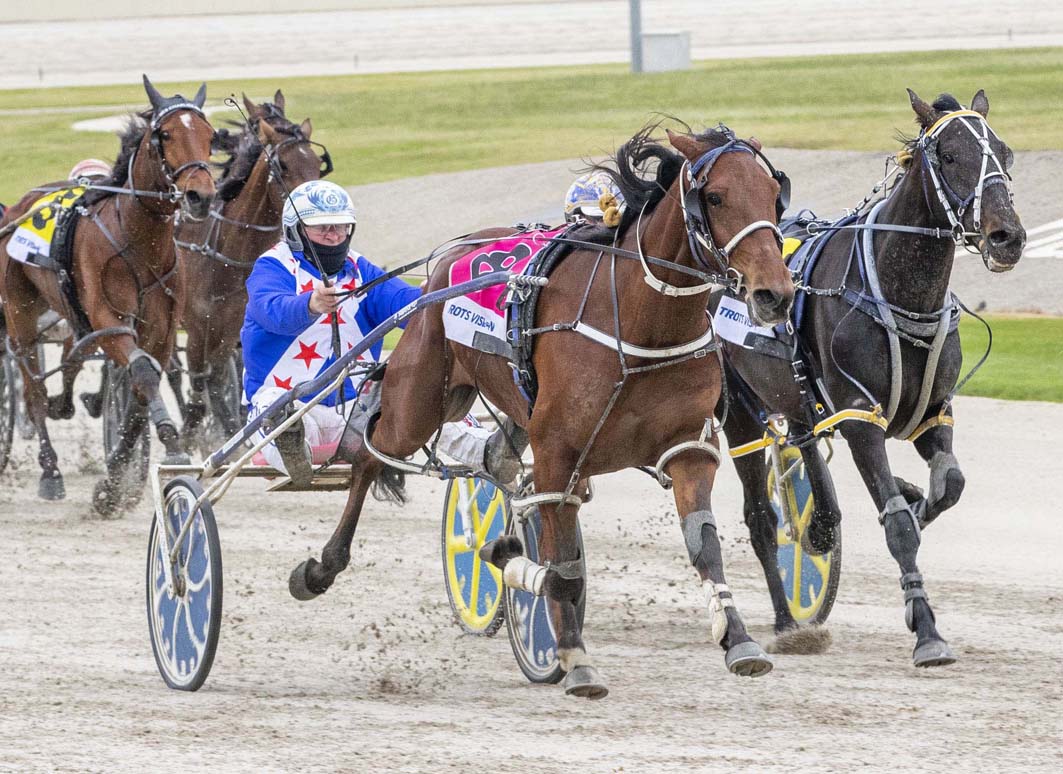 CONNECTIONS of underrated freshman Interest Free are waiting with bated breath ahead of tonight’s barrier draw. Thanks to his semi victory at Tabcorp Park...

CONNECTIONS of underrated freshman Interest Free are waiting with bated breath ahead of tonight’s barrier draw.

Thanks to his semi victory at Tabcorp Park Melton during the weekend, Interest Free has earned a berth in Saturday night’s Group One Australasian Breeders’ Crown Final.

Thrilled with the Australian Pacing Gold purchase’s performance, trainer Julie Douglas is quietly confident Interest Free has a “solid chance” in the $300,000 decider.

“He has barely set a hoof wrong since he started racing,” Douglas said. “He’s had 11 starts for five wins, four placings and a fourth.

“He’s hit winning form again at the right time and with a suitable draw can be a solid chance in the Final.

“It’s a cliché, but the draw is going to be very important.”

Driven by Douglas’ husband Glenn during his latest outing, Interest Free was settled two-back along the pegs as Beach Villa led from the pole.

Brilliantly extradited from the inside to be three-wide around the final bend, Interest Free unleashed a strong sprint to score by three-and-a-half metres from Flash Jimmy.

“Leaving the back straight when the leader was struggling I didn’t think he was going to get a clear run,” Douglas said. “Glenn did ok in getting him out into the open!”

Rating 1:55 over 2240 metres, the son of Art Major provided Douglas with the opening leg of a training double as Torrid Saint caused an upset later on the card.

“He’s very consistent and with a run like he had he is always going to be hard to hold out,” Douglas said.

“There are no big plans for him at the moment and he’ll just keep going around in the free-for-alls on a Saturday night.”