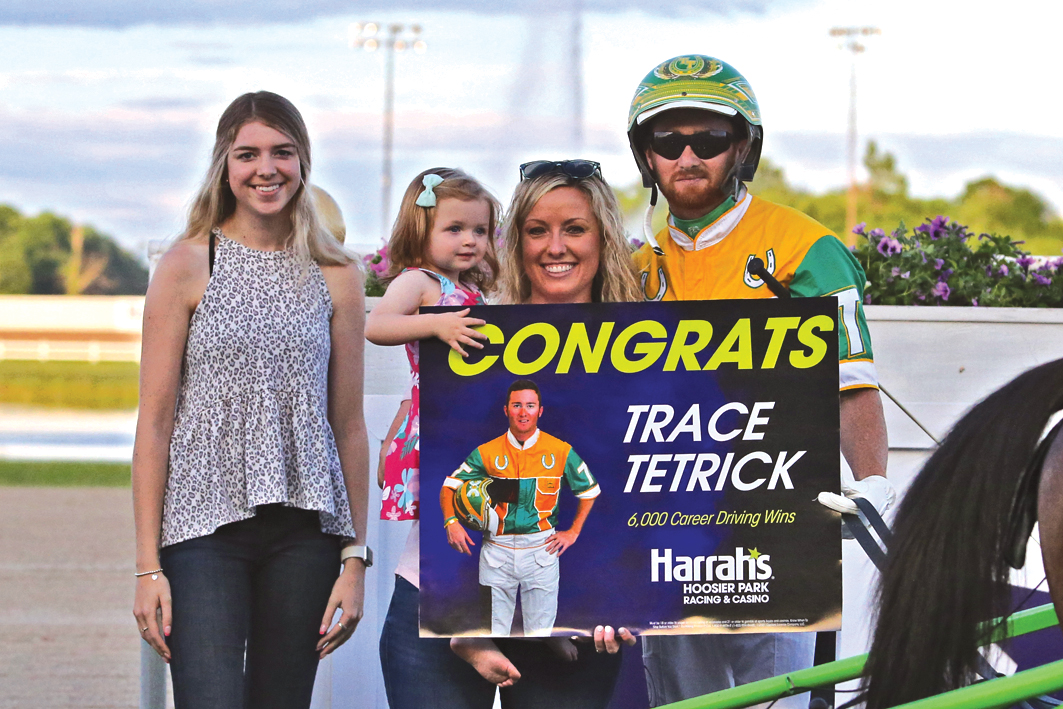 TRACE TETRICK marks his milestone with his family

Tetrick entered Wednesday’s 13-race program needing just one win to reach the 6,000 win plateau. After a few narrow misses in the first four races on the card, Tetrick teamed up with trainer Luis Quevedo to find the winner’s circle in the fifth race on the program with the three-year-old gelded son of Straight Shooting.

Harrah’s Hoosier Park’s Vice President and General Manager, Rick Moore, along with Tetrick’s family and friends were in the winner’s circle to congratulate and acknowledge his accomplishment.

Born into a horse racing family, Tetrick grew up around horses and began his career on the southern Illinois county fair circuit. The Geff, Illinois native started his driving career in 2003 and has since surpassed the $63 million mark in purse earnings in the bike.

Tetrick recorded his first win at Harrah’s Hoosier Park in 2006, earned his first title in 2008 and has finished atop the standings in Indiana in each of the last seven seasons. In 2008, Tetrick became the youngest driver or jockey to ever win a leading title at Hoosier Park after garnering 117 victories that season.

Over the last six seasons, the 34-year-old has averaged more than 470 trips to the winner’s circle and in excess of $4.8 million in purses annually.