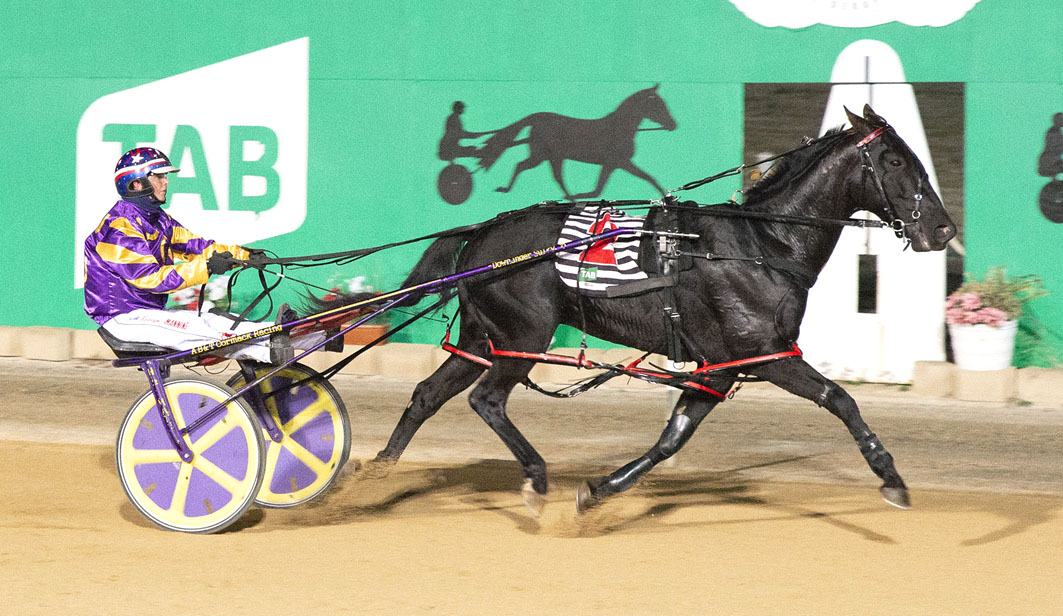 Touch of magic needed from Aladdin

VISITING pacer Aladdin will require a touch of magic during his attempt to maintain his perfect Australian record on Saturday night. Unbeaten from two...

VISITING pacer Aladdin will require a touch of magic during his attempt to maintain his perfect Australian record on Saturday night.

Unbeaten from two starts since crossing the Tasman, Aladdin is poised to make his Club Menangle debut over 1609 metres.

The Greg Norman-trained youngster is in New South Wales as a part of a stopover on his way to the Sunshine State for the Queensland Derby.

“I wasn’t planning to have him here at Menangle as I was originally going straight to Queensland for the Derby,” Norman said.

“Once I heard the news of Victoria going into lockdown I loaded him and some others on the truck and took off that afternoon.

“I didn’t want to risk still being in lockdown and unable to get to Queensland.

“He has settled in well here and will have a couple of starts before we keep heading north.”

A recent 1:54.4 trial winner around the 1400-metre circuit, Aladdin has drawn awkwardly in barrier six in what Norman describes as a jump in class for the three-year-old.

“This is a step up for him,” Norman said. “It’s a pretty handy field with a few picket fences in the form.

“Hez Dusty, Pops Boy and Freason have won their last three, Soho Brandenburg has won its last four and Vincent Van Gone is unbeaten from five starts for Kevin Pizzuto, including at Menangle yesterday.

“It’s not going to be easy, especially from the draw, but he’ll have to be competitive against this kind of field if he is to be a chance in the Derby.”