The sadness doesn’t go away…we miss her every day

BEGINNING like any other day April 30, 2011 is a date South Australian trainer Darren Billinger and his wife, Julie, and their daughter Jodie,...

BEGINNING like any other day April 30, 2011 is a date South Australian trainer Darren Billinger and his wife, Julie, and their daughter Jodie, would rather forget…but will always remember.

While working horses at Globe Derby, Billinger was informed Police were across the road at the stables searching for the pair.

As they made their way back to the property Darren and Julie became consumed with a dark notion of what awaited them.

“Once she saw the Police car Julie knew in her heart and fell out of the sulky as she collapsed onto the road before we even reached them.”

The Billingers’ sixth sense was proven accurate as the officers delivered the kind of news every parent dreads.

Having travelled to Victoria with her cousin Chloe the previous day, Kelly Billinger was killed in a car accident that night. 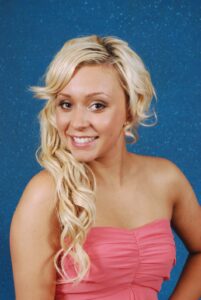 “When I saw the Police there I just screamed as I believed at the time they don’t come to your door unless there is a fatality,” Julie recalled.

“I knew Kelly had left the night before, so I just fell in a heap on the road and don’t really remember a lot from that point.”

In the midst of their grief the Billingers were faced with another difficult decision – continue with their training routine or retreat into their own world.

Given Kelly’s favourite horse, Come On Frank, was scheduled to compete in the upcoming Southern Cross series the latter option was never given serious consideration.

Three months later and with an angel on his shoulder, Come On Frank gave the Billingers a rare moment of joy as he captured the Group Two.

“If it wasn’t for Frank I don’t think we would have gotten through,” Billinger said.

“Kelly had a pony, but didn’t really like race horses, but for whatever reason she loved Frank.

“As fate would have it, it was Frank Julie was driving when we received the news.

“Frank’s win in the Southern Cross is a moment I cannot put words to, but I know Kelly was in the sulky with me as we crossed the line.”

On the 10th anniversary of Kelly’s death, the Billingers are preparing for another emotional trip to Globe Derby.

In a heartfelt gesture, the fourth event on tomorrow night’s card is the Remembering Kelly Billinger 10 Years On Pace in which Darren will drive Come On Frank’s half-brother, Whatabro.

“It’s been 10 years, but feels like yesterday,” Billinger said. “You learn to live your life, as life goes on, but you never move past it.

“It doesn’t make any difference how long it is, the sadness doesn’t go away…we miss her every day.

“No parent should have to bury their child and is something I would never wish on anybody.”

Winner of his last two starts, Whatabro is a sentimental favourite to complete a hat-trick from barrier seven.

“He probably can’t win, but it will be special just to be out there and being in a race remembering Kelly while driving Frank’s little brother,” Billinger said.

“I’m sure Kelly will be there with us trying to help Whatabro get over the line.”