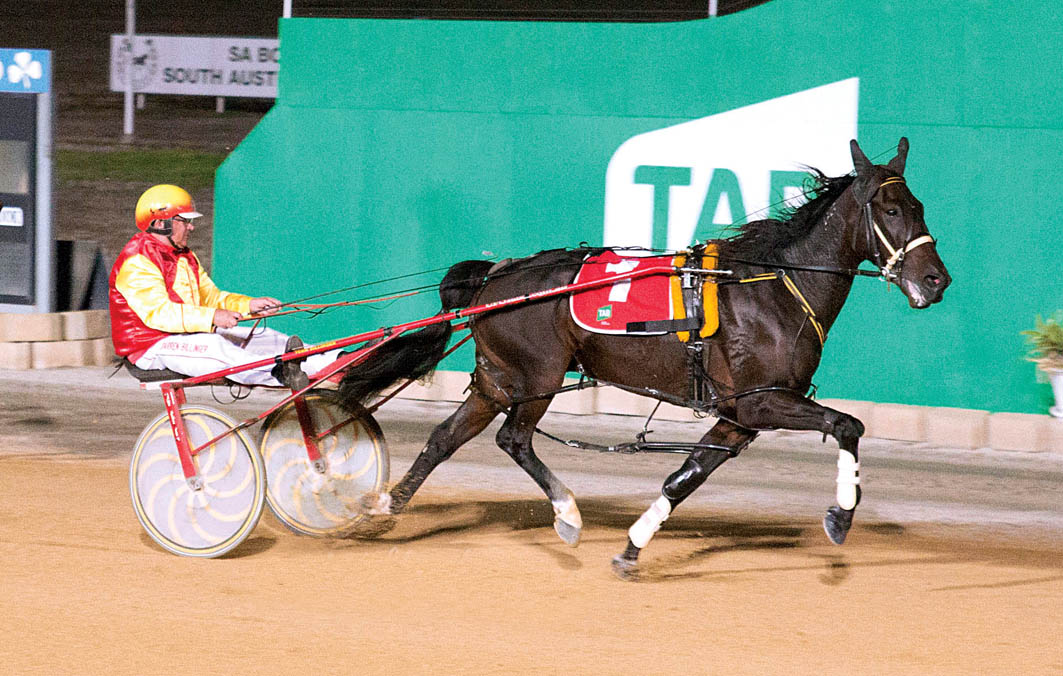 LIFE in South Australia agrees with moderately-performed pacer Illusionation. Absent from the winners’ circle during his previous 41 starts on the opposite side of...

Absent from the winners’ circle during his previous 41 starts on the opposite side of the Nullarbor, Illusionation made a successful debut at Globe Derby for veteran trainer Darren Billinger last Sunday.

Backing up at the same venue yesterday, Illusionation again proved too good for his opposition.

“He was struggling in Western Australia, but with his points under the national rating system he dropped right back in class here,” Billinger said.

“Knowing he would be ideal for the racing here is the reason we bought him.

“So far it’s turned out well and we should have a bit of fun with him before he gets too high in class again.”

With Billinger holding the reins Illusionation led throughout from the pole to score by six metres from Celestial Daybreak, with Bien Hoa four metres away third.

“He’s got good gate speed which helped put his draw to good use,” Billinger said.

“Once he was able to lead he was always going to be hard to run down.

“I’ve got nothing specific in mind for him, which is pretty much the case for everyone under these Coronavirus restrictions, so I’ll just find the next suitable race and for from there.”

‘Quarter’ needed against solid field
Blossoming into a star freshman
Three-year-old double more than a decade after dea...
Betting markets predicting night of dominance
About author