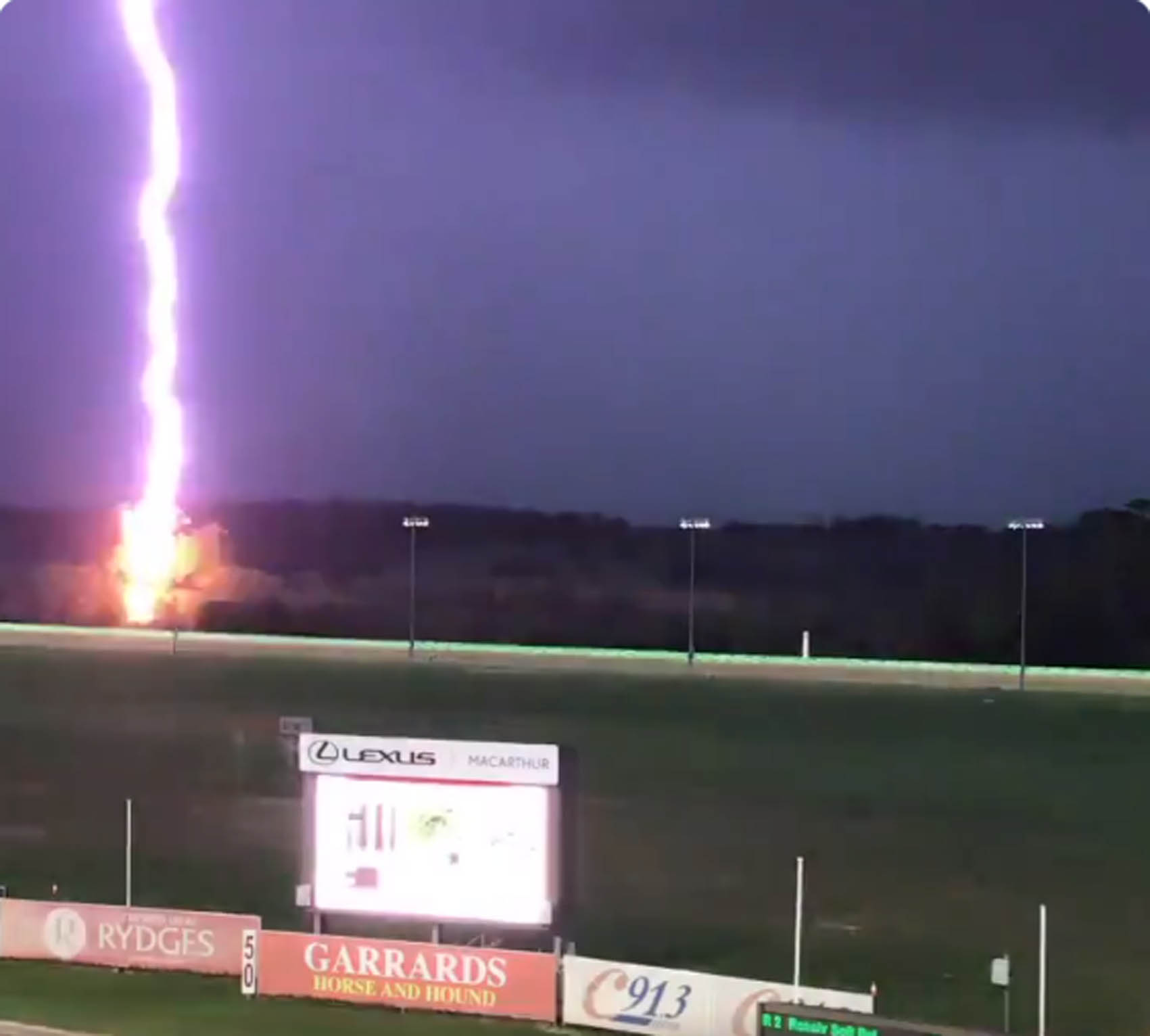 Too close for comfort

MOST harness racing enthusiasts will be aware tonight’s Club Menangle meeting has been pushed back due to a severe electrical storm. Hitting the area...

MOST harness racing enthusiasts will be aware tonight’s Club Menangle meeting has been pushed back due to a severe electrical storm.

Hitting the area just after the first race, the lightning dazzled those trackside – and until it didn’t!

Just as competitors for the second event were being readied a massive bolt struck metres behind the back straight.

As such the remaining races where delayed by roughly 90 minutes.

“The lightning strike was about 50 metres from the back of the track,” Club Menangle chief executive Bruce Christison explained. 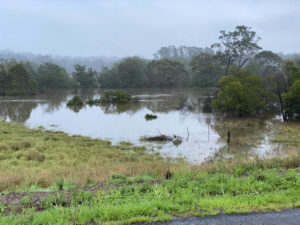 FLOODING at the back of Club Menangle….the tree line in the background is the bank of the river

“We went to have a look but couldn’t see any damage as a result of the strike and will inspect it again on Monday when it is light.

“There is an access road about 20 metres behind the track and that was flooded from the nearby river last Monday.

“It is right in that zone the lightning hit tonight.”

On the topic of rain, Club Menangle has registered close to an average year’s supply during the past fortnight.

In fact, with more than 400 millilitres recorded, February has already delivered more than 2019’s 398.9 millilitres.

Lining up for a ‘Lucky’ hat-trick
Veteran serves timely Inter reminder
Preview: Club Menangle October 17
MISTRESS ON THE PATH TO MOTHERHOOD.
About author