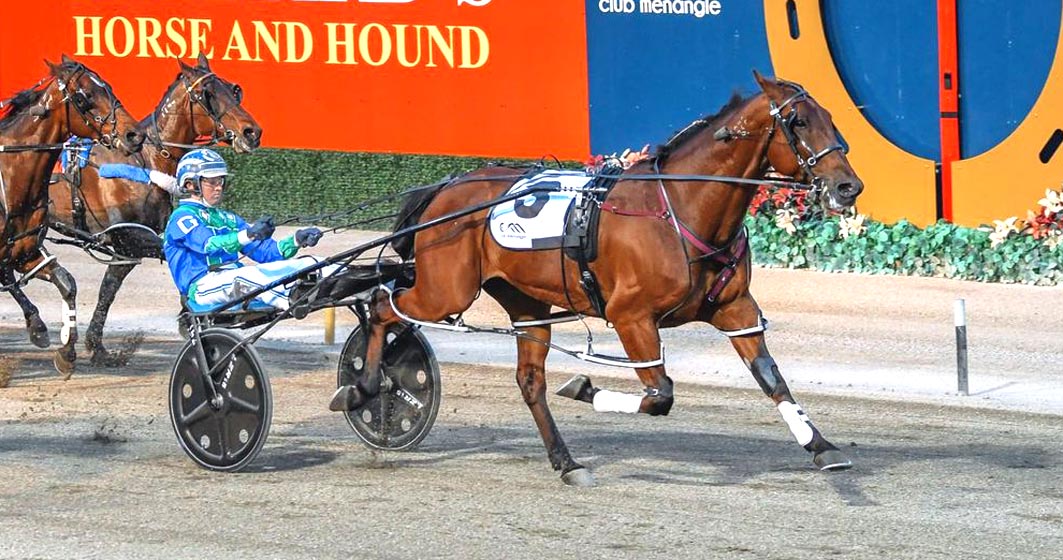 THE ONE TO BEAT: Makoa

No stranger to driving winners around the 1400-metre circuit – sitting fifth on the Metropolitan Drivers’ Premiership this season – Trainor notched his initial victory as a trainer at the world class venue.

Although he ‘pulled the wrong rein’ by partnering Shelby Bromac to finish fourth, Trainor’s second runner in the race – Makoa – proved too good with Joshua Gallagher in the cart.

“It is a different kind of satisfaction winning as a trainer knowing the work you have put into a horse to have it right on the night.”

Beginning quickly to lead from barrier three, Makoa was eased to take a trail behind Shelby Bromac during the middle stages.

Gaining an opening at the top of the home straight, the son of Art Major sprinted to a three-metre win from Scoob Operator, with Ohoka Jimmy a metre away third.

“I thought he was going better than his form looked on paper and felt it was only a matter of time before he got a win on the board,” Trainor said.

“He finished the race off really well which was good to see.

“I haven’t got anything specific picked out for him, just head back to Menangle and hope he can be competitive as he will go up in class after that win.”