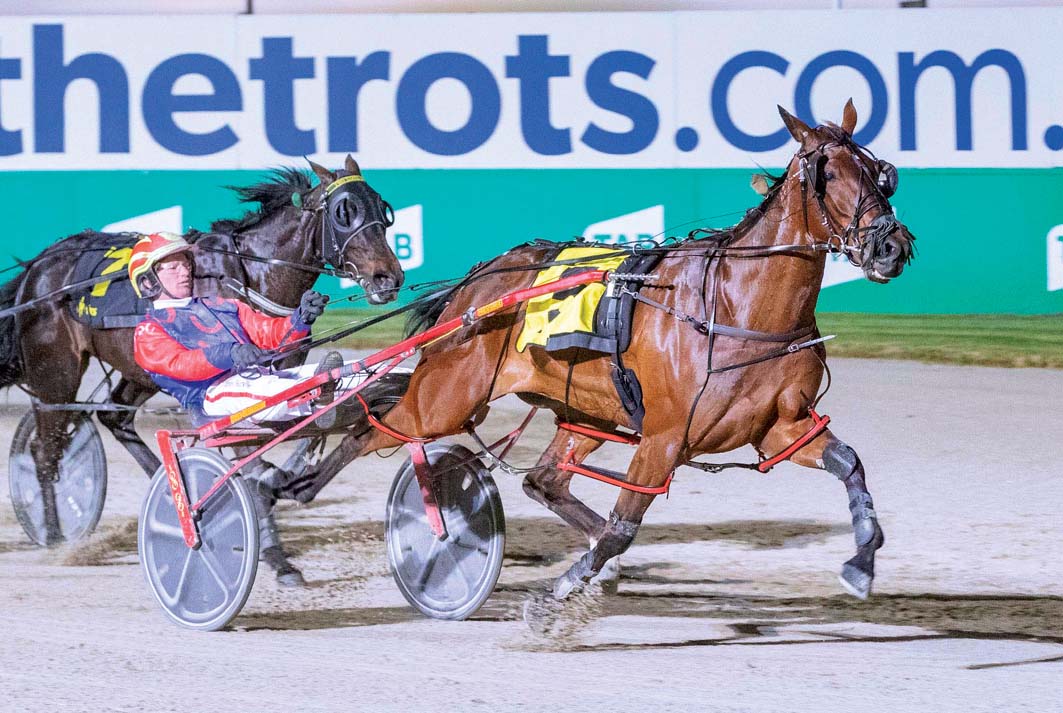 “I nearly did a Matty Craven”

ASTUTE horseman Stephen Clarke had an interesting way to describe his reaction to Miss Mcgonagall’s success at Tabcorp Park Melton last night. “I was...

“I was standing on my own in the stalls and I nearly did a Matty Craven,” Clarke said.

“If I’d been asked to do an interview after the race I reckon I may have teared up.”

In what was a remarkable performance, the three-year-old filly beat a host of Australia’s best open age trotters in the Group One.

During his acceptance speech a glassy-eyed Craven fought hard to hold back the tears, with Clarke stating he felt the same way following the Silver Chalice.

“I was feeling pretty emotional,” Clarke said. “She’s a nice mare which doesn’t really get the attention she deserves.

“Maybe a few more wins like that will change things.

“I couldn’t be happier with her and think she can keep getting better with age.”

Surged forward by James Herbertson to find the lead from barrier five, Miss Mcgonagall was never seriously challenged on her way to a four-and-a-half metre win from Two Times Bettor.

Enjoying “a nice quiet pick of grass” today, Miss Mcgonagall is set to return to Melton for next weekend’s Breeders’ Crown Mares’ Free-For-All.

The daughter of Modern Art will then contest Breeders’ Crown Graduate the following week before being readied for the Vicbred Super Series in December.

“She has a couple of busy weeks coming up,” Clarke said. “She is having a nice quiet pick of grass today and then we’ll get going again for next Saturday night.”

Sparkling primed for Group One success
“Rapt” concession reinsman celebrates ...
Aussies fail to flatter on night one
Keeping it in the family
About author