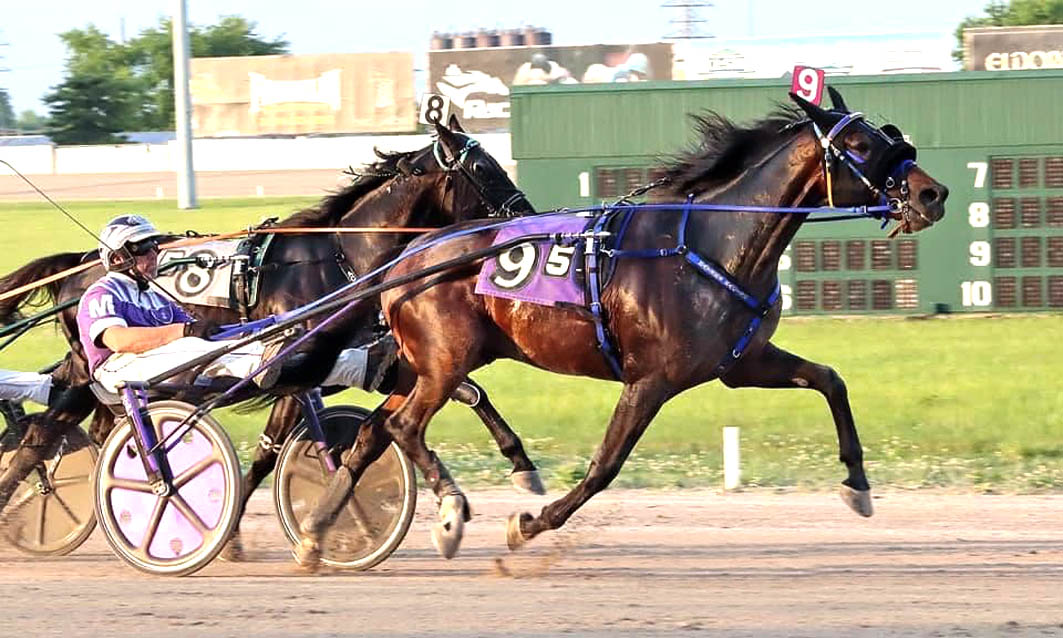 AN UNBORN Victoria-based foal’s value has risen on the strength of yesterday’s trot in America. By Volstead from moderately-performed mare Another Player, the youngster...

AN UNBORN Victoria-based foal’s value has risen on the strength of yesterday’s trot in America.

By Volstead from moderately-performed mare Another Player, the youngster will be a half-brother or sister to Majestic Player, which proved too slick around Hoosier Park in Indiana.

Covering the mile in 1:51.1, the five-year-old became the fastest Australian-bred squaregaiter by slicing four-tenths of a second from Maori Time’s record.

Maori Time set her mark at Club Menangle in February 2018.

Majestic Player – and Another Player’s pending arrival – were bred by Yabby Dam Farms, which is based on the outskirts of Ballarat.

“It was great to watch him do so well over in America,” Yabby Dam Farms’ Principal Pat Driscoll said.

“He did a good job here before being sold to America where we expected him to thrive.

“His record over there this year stands at nine wins and a second from 10 starts.”

Trained in Australia by Anton Golino, Majestic Player crossed the equator with 15 wins and three placings in 29 starts for a bankroll of $126,035.

“He was handy at two and three, but was better at four and always indicated he would improve with age,” Driscoll said.

“Trainer Walter Haynes junior is doing a wonderful job with him and hopefully he can keep providing his owners with a lot of fun and success.”