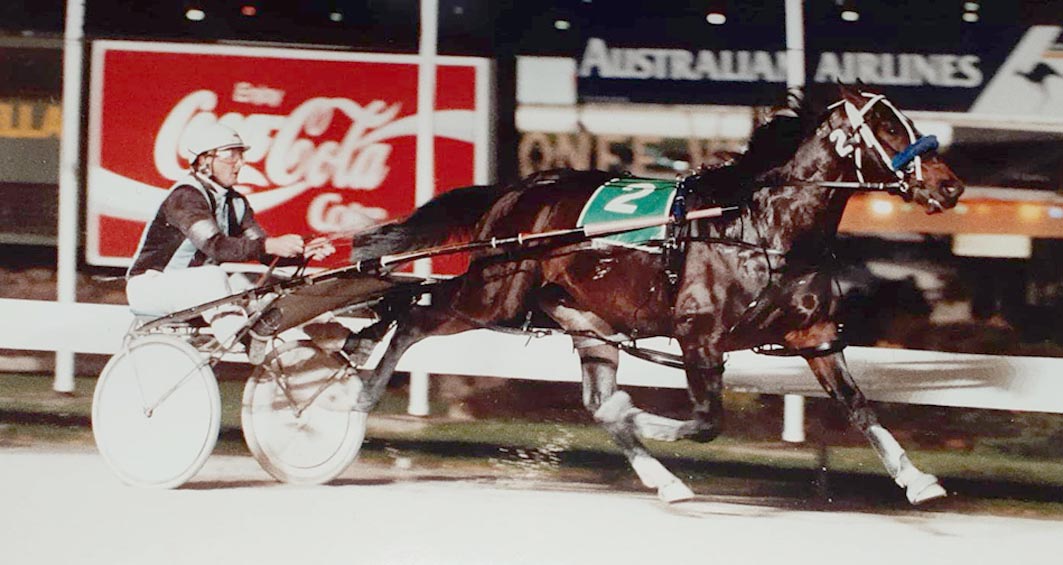 Among the best of his crop, Khans Thunder “is still fighting fit” as a 30-year-old according to the 69-year-old trainer.

“He’s old and slowing right down, just like me,” O’Connell said. “But for his age you’d say he is still fighting fit.

“Us old bulls still have a bit left in us don’t worry about that! 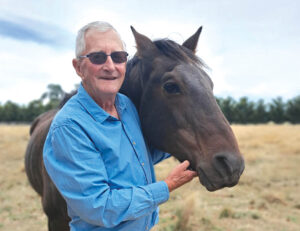 “Owen has done a marvellous job looking after him all these years…he looks a treat.”

Making a less than impressive start to his career, finishing towards the tail of the field upon debut, Khans Thunder quickly produced his best by scoring at his following outing.

By the end of his two-year-old season the son of Genghis Khan had five wins and two placings from eight starts, with his victories including the 1993 Sires’ Stake Final.

The following year Khans Thunder had 11 starts for eight wins and two placings.

His triumphs include the Oceania El Dorado and Victoria Derby, which saw him crowned 1994 Victorian Horse of the Year – only the second three-year-old to claim the coveted title.

Hypserstat was the first in 1986, with Tailamade Lombo, Courage Under Fire and Menin Gate following suit.

“You’ll find he is the oldest surviving Victoria Derby winner,” O’Connell said. “That’s a huge credit to Owen for the way he has looked after him.

“I’ve visited him every so often throughout the years and it’s always good to see him doing well and reliving some of his great wins.”

Khans Thunder was eventually retired as an eight-year-old with 21 wins and 16 placings from 48 starts.

“He is the kind of horse we’re all in this sport hoping to get,” O’Connell said. “I doubt I’ll ever get another like him, but that doesn’t stop me from trying.”