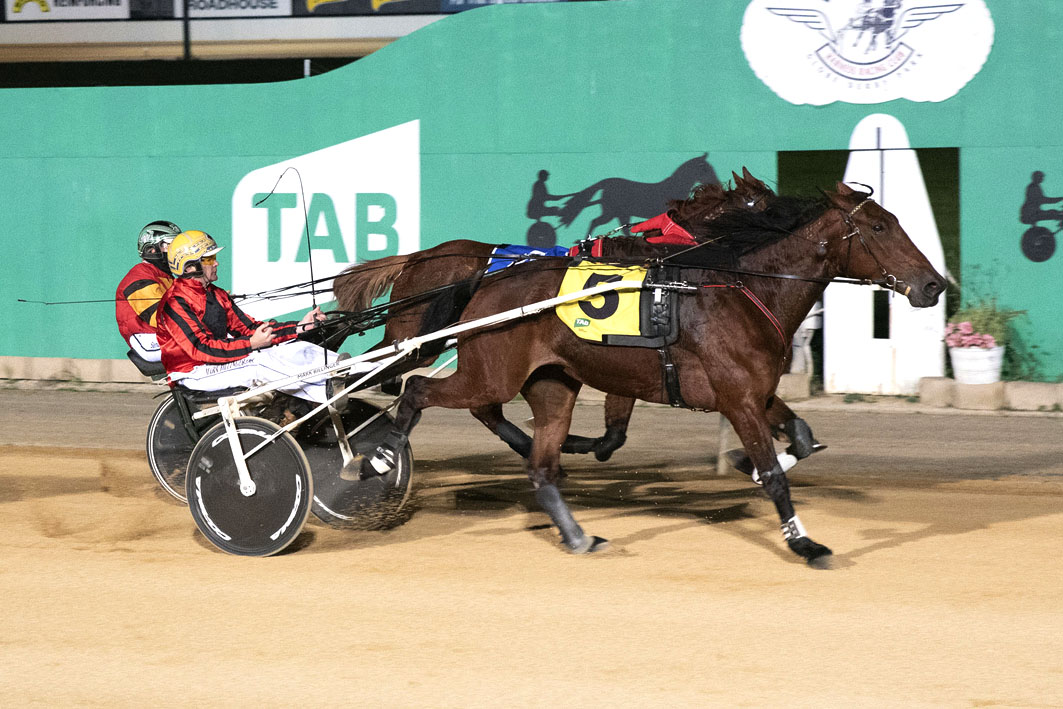 When consistent form is a problem!

NO MATTER who you are – owner, trainer, driver or punter – every harness racing participant wants a consistent performer. For veteran South Australian...

NO MATTER who you are – owner, trainer, driver or punter – every harness racing participant wants a consistent performer.

The problem is Aunty Ethal’s consistency is becoming frustrating.

Rarely responsible for a bad performance, the squaregaiter has finished fourth at her last five starts!

“Obviously I’m happy with her runs, but it’d be nice if she could break it up with a third placing,” Maguire joked.

“She gives it her all every time she goes around, but for some reason is stuck just missing the placings.

“As reliable as she is, she needs the race to suit her down to the ground if she is to win.

“She won two-in-a-row earlier in the year and hasn’t set a hoof wrong since, but she is overdue for another win and hopefully that will come soon.”

The daughter of Pegasus Spur will come from three along the 10-metre handicap.

“It is a winnable race, but like I said, she needs things to go her way,” Maguire said. “I expect her usual reliable run, even if it is another fourth!”

Aunty Ethal’s rivals include My Bad Habits, which is trained by Maguire’s son, Matt.

A winner in Cranbourne two starts ago, My Bad Habits has drawn the outside of the 20-metre mark.

“Matt has his trotter going well,” Maguire said. “He’s only a three-year-old which is giving older opposition a start, but he will be hard to beat.”

Remarkable Saturday night dominance continues
Exceptionally-bred stock in APG Sale
Do you know a superstar or character worth recogni...
Couple of upsets add to fabulous opening night
About author