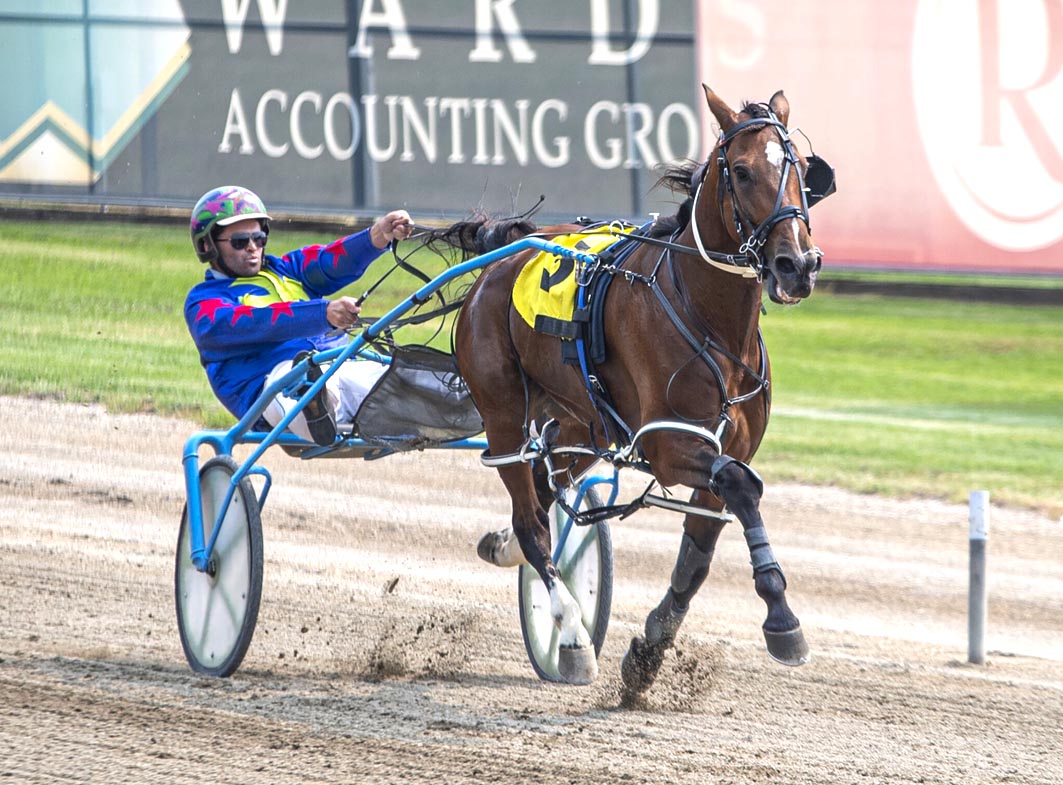 WHY not aim high? That’s the philosophy Brad Abbott is adopting with “low flying” veteran Don Boston. And based on the gelding’s form, no...

WHY not aim high?

And based on the gelding’s form, no one would consider Abbott’s idea crazy.

As a ripe 11-year-old Don Boston completed a hat-trick when too slick for his rivals at Club Menangle last night.

With Abbott in the cart, Don Boston accounted for Lord Zin Zan and Alpine Stride in a personal best 1:49.8!

It’s only the second occasion the son of Ponder has strung three or more wins together in 215 starts…the previous time was earlier this season when he won four consecutive races.

“He is just low flying at the moment,” Abbott said. “He’s like a fine wine by getting better with age.

“Despite his form and how well he is working, I didn’t give him much of a chance last night.

“He paid $26 on the tote which goes with my thought we were going around for competitors’ fees to see what happened.

“To run that first quarter in 25.7 seconds trying to hold the lead, then finish as well as he did was a top run.

“That’s his 26th win around Menangle, which makes him the most successful horse there as far as number of wins is concerned.”

As for his grand plans with the $2000 purchase…why not the $1million Ainsworth Miracle Mile?

Australasia’s premier sprint, the Miracle Mile is scheduled to be staged in Menangle on March 7.

In a bid to qualify for the Grand Circuit event Abbott will set Don Boston for the Newcastle Mile on February 21.

The winner of the provincial Group One gains entry into the Miracle Mile.

“Why not aim high?” Abbott declared. “I’ll enter him in the Newcastle Mile and see how he goes.

“If he wins, then we’re in the Miracle Mile, if he doesn’t win I’ll put him in one of the other Miracle Mile qualifiers.

“Given the form he is in and the time he just ran, might as well have a crack.”