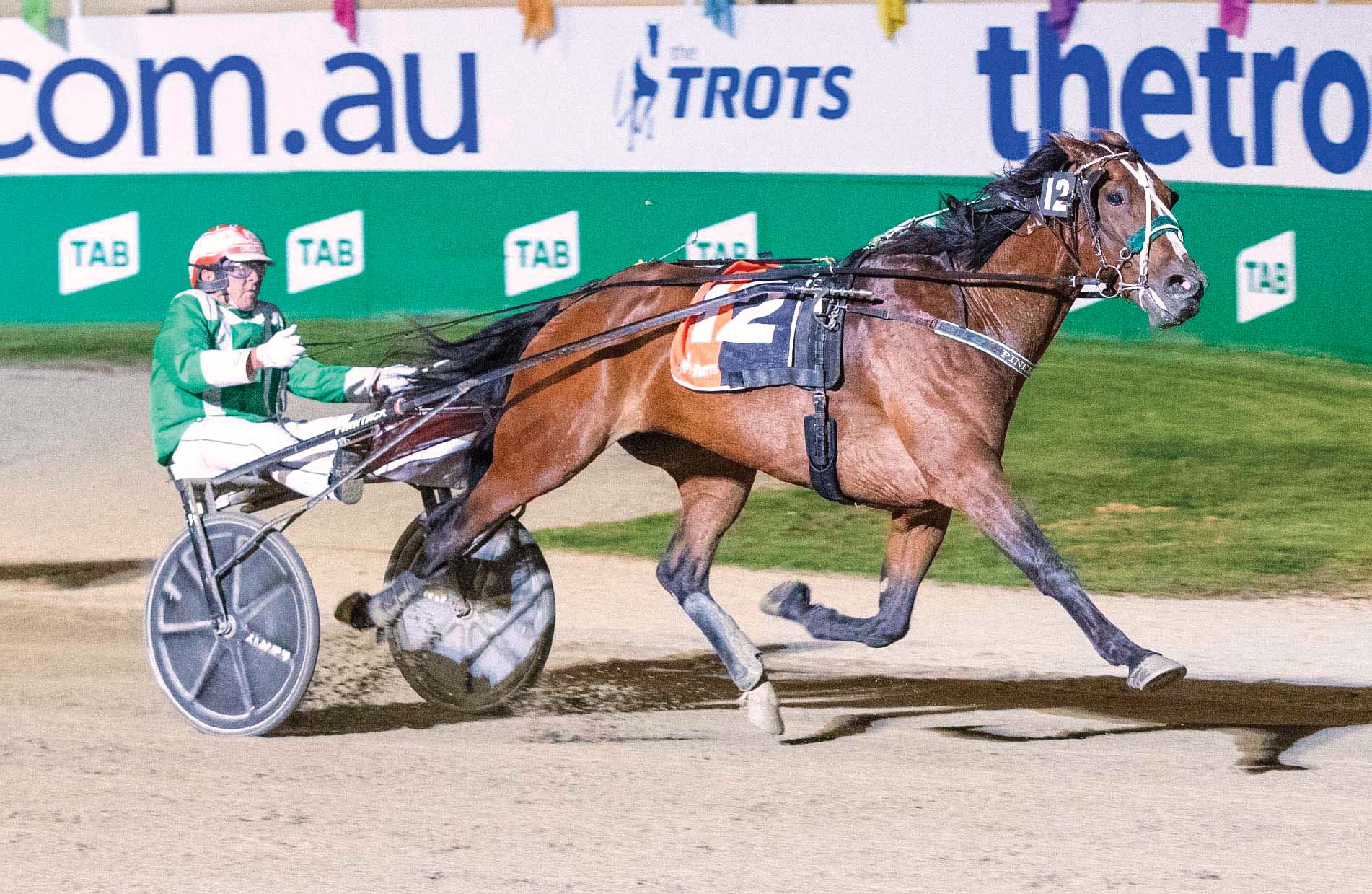 IT WAS a case of third time lucky for Temporale at Tabcorp Park Melton last night. Making another appearance in the time-honoured V L...

IT WAS a case of third time lucky for Temporale at Tabcorp Park Melton last night.

Making another appearance in the time-honoured V L Dullard Cup, Temporale finally added his name to the honour roll.

It was also the seventh Victorian Group One the New Zealand trotter has contested, with his triumph breaking a string of placings.

Glad to see Temporale rid himself of the hoodoo, co-trainer Bernie Hackett hopes the win is a sign of a highly-successful campaign.

Along with next week’s Great Southern Star, Hackett and co-trainer Michelle Wallis have earmarked The Knight Pistol and Australasian Grand Prix for the son of Monarchy.

The trio of top shelf events will be run each fortnight in February.

“It was a good way to start his campaign here,” Hackett said. “He has been here a number of times and run placings in the big races, but this is his first start here for us.

“To get a win on the board first-up is terrific.

“He’ll be here for at least another month as there are a few good races for him.”

Driven by local reinsman Chris Alford, Temporale was settled towards the tail of the field from his second row draw as Mclovin led from barrier six.

Gaining a three-wide trail at the bell, Temporale was caught in the open along the back straight but sustained a strong sprint to complete an eight-metre win from Red Hot Tooth, with Mclovin three metres away third.

“It was a top run from him,” Hackett said. “He’s had to do a bit of work out wide down the back and around the last bend and then sprinted past them so well.

“He got to the line quite strongly, and given it was his first run in almost a month, he will benefit from it.”