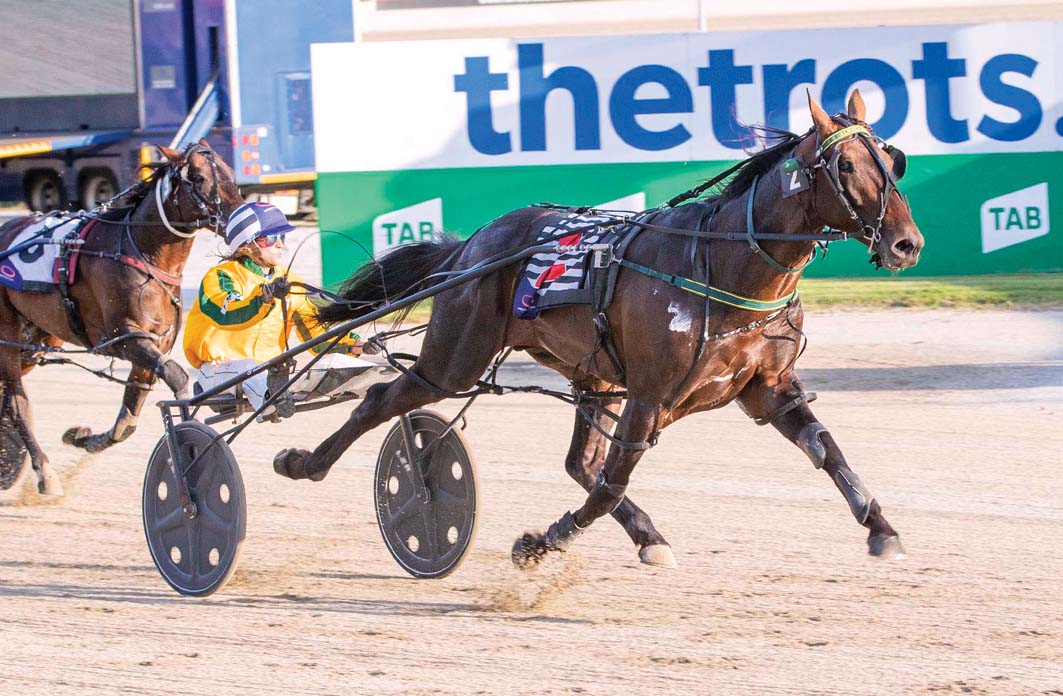 IMMEDIATE targets have yet to be determined with Always Fast despite his Group Two success at Tabcorp Park Melton tonight. Maintaining his perfect record...

IMMEDIATE targets have yet to be determined with Always Fast despite his Group Two success at Tabcorp Park Melton tonight.

Maintaining his perfect record from four starts for the season, Always Fast lived up to his name to capture the Mercury80 for premier trainer Emma Stewart.

Understandably pleased with the four-year-old’s progress, Stewart is yet to decide on Always Fast’s next outing but hasn’t ruled out an interstate trip.

Along with the prospect of stepping up in class to tackle a Chariots Of Fire qualifier around Menangle in mid February, Always Fast could also be suited to the $60,000 South Australia Cup on February 8.

“We haven’t looked past tonight with him,” Stewart said. “We set the Mercury80 as a nice series for him and he’s done a great job to win his heat and now the Final.

“There are a lot of good options for him during the next month to six weeks.

“Whether that’s taking on the best of his age in the Chariots, going to Adelaide or some country cups closer to home, we haven’t decided.

“Later in the season though he has the Vicbred series.”

With Kima Frenning driving aggressively from the pole, Always Fast had to work hard early as Gilty Hanover and Call Me Hector made a line of three looking for the lead.

Able to repel the challenges to find the front, Always Fast then proved too slick along the home straight to score by seven metres from Off The Radar.

Fourbigmen, a stablemate of the winner, was a metre-and-a-half away third.

“He’s had to burn early to keep the lead but still finished it off nicely,” Stewart said. “It was a good run from him and he is building quite a nice record.

“That makes it seven wins and four placings from 16 starts, yet he doesn’t get some of the credit he deserves like the other four-year-olds in the stable get.”